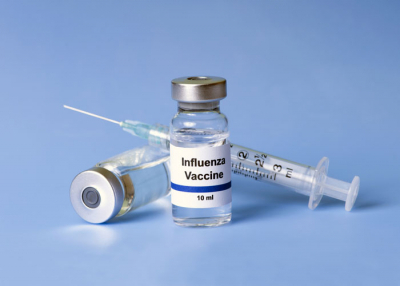 South Africa has recorded a steady increase in the number of influenza cases from 23 August, with a sharp growth in the week starting 1 November 2021.

The data shows that the total number of influenza cases detected by the syndromic sentinel surveillance programmes conducted by the National Institute for Communicable Diseases (NICD) has jumped from 68 to 226 during this period.

According to the NICD, this includes influenza-like illness (ILI) and hospitalised cases of pneumonia.

The statement released on Wednesday said both the NICD and private laboratories have received reports of clusters of influenza cases in schools and workplaces.

Meanwhile, influenza A (H1N1) pdm09, also known as “swine flu” has been one of the circulating seasonal influenza strains following its emergence in 2009.

However, according to the institute, the word “swine flu” should not be used as it causes unnecessary panic.

Even though the detection rates for influenza exceed previous seasonal thresholds, the NICD said the absolute numbers remain relatively low.

According to the NICD, this could be because of reduced health-seeking behaviour following the SARS-CoV-2 pandemic.

"Although the majority of people with influenza will present with mild illness, influenza may cause severe illness, which may require hospitalisation or cause death, especially in individuals who are at risk of getting severe influenza complications,"said the NICD’s Medical Epidemiologist, Dr Sibongile Walaza.

Groups at an increased risk of severe complications of influenza include pregnant women, HIV-infected individuals, those with chronic illnesses or conditions such as diabetes, lung disease, tuberculosis, heart disease, renal disease and obesity.

In addition, the elderly between the ages of 65 and older and children under the age of two are more prone to contract flu as well.

"These groups should be encouraged to seek medical help early."

The NICD’s Head of the Centre for Respiratory Diseases and Meningitis, Professor Cheryl Cohen, said the increase in influenza in the summer, which is not the typical time for the influenza season, is likely the result of relaxation of non-pharmaceutical interventions to control COVID-19.

"This is combined with an immunity gap due to influenza not circulating for two years in 2020 and 2021 in South Africa as a result of these interventions," Cohen added.

She stressed that the flu vaccine remains the primary means for preventing seasonal influenza infection and should ideally be administered between March and April.

"It is never too late to vaccinate during periods when influenza is circulating, especially for individuals with underlying conditions which put them at increased risk of severe influenza illness or complications."

To prevent contracting or spreading flu, avoid close contact with sick people. The NICD is also encouraging people to stay home when they are sick, cover their mouth and nose when coughing or sneezing, clean their hands regularly, avoid touching the mouth, eyes and nose and clean and disinfect common places.

More in this category: « Pfizer agrees to let other companies make its Covid-19 pill. Residents urged to curb the spread of rabies during the festive season. »
back to top