Men encouraged to open up and reach out for help. 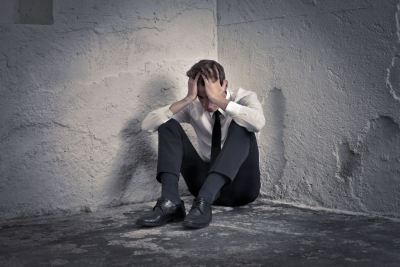 With South Africa currently facing a heightened rate of mental health cases, experts have urged people to open up about mental health, while educating those who do not understand it.

The experts were speaking during a webinar on ‘Destigmatising Men's Mental Health', hosted by the Government Communication and Information System (GCIS), in partnership with the South African Depression and Anxiety Group (SADAG).

The webinar served to sensitise the public about the importance of mental health, explore the impact of toxic masculinity on the mental health of men, and to encourage men to open up and seek help.

Psychiatrist Dr. Frans Korb, from SADAG, encouraged men to open up and reach out for help.

Korb said the country has been trying to deal with the stigma for many years, and one of the main things contributing to the problem is the lack of information and people understanding what mental illness is all about.

"We need to make help accessible to the people. They need to know where to go to. There are so many things that organisations can do to destigmatise mental health.

"We must try to mobilise organisations to come on board, and host rallies and marathons to raise awareness and funds for mental health."

Korb said the more men’s mental health is spoken about, the more it will be destigmatised.

He said communities need to be involved, as mental health is a broad topic that affects everybody.

"Before the COVID-19 pandemic hit our shores, SADAG was averaging about 400 to 600 calls per day and since the pandemic started, our calls have increased to over 2 000 calls per day on the helpline."

He urged everyone to call the helpline on 0800 567 567 if they notice any depression or anxiety, or any mental health issues.

"Go and seek help where you can. Call the SADAG helpline. Try get an appointment with a psychologist, social worker, counsellor or even a church group. People who need help must also go to their GPs, who will refer them to relevant authorities," he said.

Clinical psychologist, Zamo Mbele, unpacked the factors that contribute to the increase in suicide rates among men.

"It is incredibly important that we are beginning to have this conversation around mental health in men, which is long overdue.

"It’s so unfortunate, as it seems as though the country is only having the conversation now because of the consequences of not speaking about it.

"The consequences have been showing themselves in the amount of gender-based violence (GBV) the country has been experiencing, and the violence and substance abuse we see today.

"So much damage has been done and for us to turn the ship around, we need to begin to look at the implications of not talking about this 20 year before and how it is showing itself, "Mbele said.

Mbele said the conversation around men and mental health is a good one but at the same time, it is "scary and complex".

"It’s not that men only recently started to struggle with mental health or emotional difficulties, they just started to see that the expression of their difficulties is no longer functional to them or society. It’s no longer socially acceptable to be violent to deal with depression.”

Mbele said men are beginning to recognise that they were masking a lot of symptoms.

He said black communities have less knowledge of what went wrong when it comes to mental health and have limitations in terms of access to services, which needs to change drastically.

"Stats show that mental illness is across board. It has no colour or gender. This is a problem for all of us and we need to move together going forward."

Guest speaker, Chris Debraine, shared his own personal account of living with mental illness as a male.

He said he went through trauma, bullying and abuse as a child, which resulted in him always throwing tantrums.

At the time, he did not think his behaviour was dysfunctional, therefore only started getting treatment at 30.

He said that the stigma around mental illness contributed to him not speaking out, causing him to isolate himself while abusing alcohol.

"I was treated differently. I was treated as less of a man. I never felt that there were any safe spaces to talk about it. It’s very difficult to seek help and normalise what you are going through.

"It has been one of the most difficult things, but it takes work. One will have to acknowledge their feelings and attend sessions to find out why you are feeling that way, "he said.

Debraine said the stigma is still there and it gives people a reason to not want to speak out about their challenges because it is seen as a shame.

Urging people who suffer from mental illness in silence, Debraine said that they must go and consult with a psychiatrist before things to get out of hand.

More in this category: « NICD provides an update about typhoid fever in SA. Game changing HIV injection rolls out in South Africa and Brazil. »
back to top