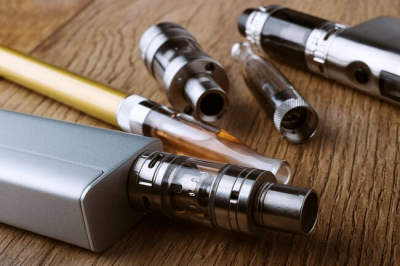 The South African Government is seeking to pass the 2018 Control of Tobacco Products and Electronic Delivery Systems Bill, which aims to prohibit smoking (including electronic nicotine and non-nicotine delivery systems) in all enclosed public places, private dwellings used for certain commercial activities, workplaces as well as outdoor public spaces that may be deemed a risk to people's health. Earlier this year, the government also announced plans to introduce a new tax on vaping products of at least R2.90 per millilitre from 1 January 2023.

This effectively puts vaping in the same category as smoking, despite scientific evidence showing it is likely 95% less harmful than traditional smoking.

To demonstrate to the public and policymakers that vaping can actually be used to assist long-term smokers quit cigarettes, Vaping Saved My Life (VSML), a consumer advocacy group, conducted a pilot social experiment that saw participants attempt to give up traditional smoking for 90 days and replace it with vaping.

Eight South Africans – all of whom were smokers with a desire to quit but had been unable to do so – were selected to take part in a 90-day challenge that would see them attempting to switch to vaping, and potentially give up cigarettes entirely. Each participant was given a choice of equipment and e-liquids, based on their flavour preferences, and asked to document their journey on their Twitter accounts. Fortnightly video diary entries helped capture how they felt physically and/or mentally along the way. Each participant was also asked to answer a series of survey questions about how they felt towards the end of the experiment, to quantify the results.

During the experiment, one of the eight participants had to withdraw for personal reasons unrelated to the experiment. All seven had tried to quit before, with 'cold turkey' being the most used method (just under three-quarters of participants reported having tried 'cold turkey' before). Other methods included relying on apps or books to help them break the habit and medication. Across the board, their health was given as the main reason for wanting to quit. Other motivators included the inconvenience, smell, and cost of traditional smoking.

At the end of the 90-day challenge, participants had all managed to stop smoking completely and their social media posts about the challenge had received more than 72,000 views. On completion of the challenge, which ran from early April to the end of May 2022:

When asked about the future, almost three quarters said they would continue vaping and not smoke cigarettes, while nearly a third said they would quit vaping and smoking altogether. As for whether they would recommend vaping to a smoker, the answer was 'yes' from every participant.

Commenting on the results, VSML co-founder Kurt Yeo said that the government needs to look at all the available evidence and science – including data from this pilot social experiment – and provide better policies that look at vaping as a solution, rather than just another problem. "South Africa has limited services that help smokers. Instead, they are taxed, ostracised and stigmatised. And this is where vaping can play a critical part. The most important vaper is the smoker who hasn't yet switched to vaping. We are missing a golden opportunity to once and for all remove cigarette smoking from our society and give people a better quality of life."

Yeo notes that this social experiment had a very small sample size and was intended to be run as a pilot project to gauge the potential success of such an initiative. "The results have astounded us, to be honest, so much so that I have great hopes for what we can achieve if we expand this experiment further. We're looking at a second phase for the project, open to a larger group of people, to see what we discover in repeating and expanding the experiment," he said.

More in this category: « Sisonke study shows real world vaccine effectiveness against Omicron. Tobacco is not just a threat to health, it threatens the environment. »
back to top