For almost 150 years the term “Vaginismus” has been used to refer to a “vaginal muscles spasm” at the entrance of the vagina which causes a “persistent or recurrent difficulties of the woman to allow vaginal entry of the penis, finger, or any object, despite her expressed wish to do so.”

CAUSES:Traditionally, “Vaginismus” has been felt to be the result of fear of pain or a phobia about sex. It has often attributed to difficulties with upbringing and attributed to discomfort with sexuality in general. Sexual abuse was often implicated as the cause of the vaginismus. However, it is the opinion of this author and such noted sexual medicine researchers such as Dr. Irv Binik of McGill University that there is no empiric evidence that vaginismus (as defined above) exist.

Certainly, increased tone (spasm) of the muscles that surround the entrance of the vagina (the pubococcygeus and transverse perinea muscles) does exist and is a common cause of dyspareunia (sexual pain.) (We refer to this condition as “hypertonic pelvic floor muscle dysfunction. ”) However, there is no evidence that these spasm occur only “when there is a threat” of penetration and that the muscles are relaxed at other times. Lastly, there is no evidence that hypertonic pelvic floor muscles are cause by of psychological reasons or a history of sexual abuse.

DIAGNOSTIC TESTS:Traditionally, almost all women who complained of pain upon penetration were labeled as having vaginismus. The treatment they were offered was sex therapy and vaginal dilators. However, the author emphatically advises that any women with pain upon penetration be evaluated by a specialist in sexual pain disorders so as to not be incorrectly labeled as having vaginismus.

TREATMENTS:If a diagnosis of hypertonic pelvic floor muscle dysfunction is made then treatment can consist of pelvic floor physical therapy (by trained womens’ health physical therapists,), muscle relaxants, biofeedback, and Botox injections.Sex therapy and/or cognitive behavior therapy can be useful in women who feel that anxiety or other psychological issues play a significant role in their dyspareunia. 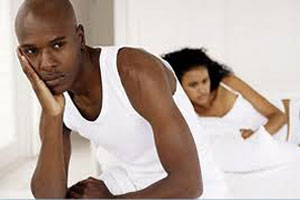 I am 23 years old an engaged to a very caring and wonderful man. He was the key to me overcoming the greatest problem in my life. I now have a completely normal sexual relationship with no problems whatsoever.

I was sixteen when I met my first boyfriend and when I became aware of the fact that I wanted to start having sex. I don’t remember being aware that I had vaginismus; I just remember that I was terrified to even try having sex. I thought it would be excruciatingly painful and uncomfortable. For these reasons I was reluctant to even try.

When we did try I was very nervous, I was nervous to the point that I was dreading the whole thing. I just felt like running away. At first I put it down to pure nervousness of my “first time”. On penetration my muscles would tense up and as his penis touched my labia or anywhere near the entrance of my vagina, my muscles would lock up. He couldn’t even get past a centimeter inside. It was so natural for me to lock up that it felt like a reflex action. A bit like pulling your hand from a hot stove or blinking when someone claps his or her hands. At the same time I felt incredible pain, it was sharp and unbearable. I started to realize that it was not only penetration that I couldn’t handle. I couldn’t insert a finger or even a tampon. The thought of anything coming near my vagina made me shiver. I hated the thought of being penetrated by anything.

When this happened every time we tried, I realized that I had a real problem. I thought that maybe I was not that attracted to my boyfriend. After all I was only sixteen and he was my first boyfriend. But in comparison to my friends I was leading an abnormal life because my best friend spoke about sex all the time and how much she enjoyed it. Every time we tried I didn’t even feel that aroused, I never had a “burning desire” that friends spoke about and I never believed what I had read in books and magazines. I began to develop a deep-seated hatred for sex. I wanted nothing to do with anything sexual. I hated watching it on TV or reading the articles in magazines. To me it just seemed like everybody’s lives revolved around sex.

We went out for four years. We never made love and it caused endless problems in our relationship. We fought constantly, I was constantly frustrated, and we were both too young to even begin to understand what was going on and why my body just wasn’t responding to any kind of sexual stimulation. We eventually split and I went straight into another relationship. The chemistry was definitely there but the physical ability was not. Nothing had changed at all. I went to doctor after doctor and to gynecologist after gynecologist. No one could help me or diagnose my problem. The last gynae I went to told me I had vaginismus but he wasn’t able to tell me anything about it or how to treat it. He told me I had to have an operation.

He made a small incision at the base of my vagina and maintained that it would make me bigger and relax all my muscles at the entrance of my vagina. This would enable me to have comfortable sex. After the incision healed I was back to square one, nothing changed. I had exactly the same amount of pain and difficulty with penetration. My second boyfriend left me twice, saying he was “worried about the future” i.e. would we be able to have children or not. After he left the second time I felt a tremendous relief. I was single and free, I didn’t have to endure the pressure or worry about each evening and the pain and frustration I would have to deal with. I thought that being single I could put my problems on hold and not care about it at all.

A year later I met Bongani. After a month or two of dating him I realized that I was falling in love with him. I had always found ways to sidestep the issue of having sex by saying that I wasn’t in the mood for sex, just for foreplay. So we spent two months engaging in foreplay with no penetration at all. At this time I knew I had to tell him. I was afraid to do so because of the reactions I had gotten in the past. I bit down and I told him. He just said “OK”. Not the usual expressions of shock, disgust or immaturity I was so used to. We tried to make love but nothing happened, nothing had changed at all. A couple of days later, he came to me with a list of telephone numbers and pages of information that he had downloaded off the Internet. DISA, being the closest clinic to home was the first place I phoned to set up an appointment.

For the first time I realized that I was not alone. So many women were going through the same thing as me and they knew nothing about it or how to treat it. I knew from day one that this was the way out. I was feeling motivated and positive and looking forward to doing my therapy. I met a group of women that shared my problem. I was the youngest in the group, however this was not daunting for me at all. I felt lucky that I had confronted this at such a young age and I knew that would be to my advantage. The therapy process was a slow but steady one. It was not a quick fix, but a steady process of physical and mental discovery. The exercises were quite difficult in the beginning but noticeably got easier as I got stronger both physically and emotionally.

I started with breathing and muscular exercises, reading and watching videos. I watched other people succeed and decided that I could do it too. I began inserting small tampons and then went on to larger ones. I inserted larger and larger objects until I was able to insert something the size of a penis.

All the time I had the love and support of my partner and because of this I wanted to share my success with him. We became closer and it built up our trust and love for one another. The therapy took a total of six months and at last I felt that I was ready to try and make love. I was still nervous but I had lost some of the hatred and dread that I had in the past. The first time was difficult, almost impossible and I was afraid that I would start to lose hope again.

I was told to persevere and for the first time I didn’t think “I’ve heard this before”. I thought positively and I persevered. We tried about ten times before we were successful. The night that I was successful, I wasn’t even expecting it, something in my mind and body just let go. It was slightly uncomfortable and sore but it was a totally different kind of pain. To me it was just adjustment pain. For the first time in my life I was able to have sex without any reservations or worries. Ever since that day it has become easier and easier. It slowly becomes second nature and eventually pleasurable. I have not looked back and I never fear any kind of relapse, I just don’t believe it can happen. The key is to look ahead with a clear mind and a positive attitude. With all that I’ve been given, I can only succeed. Bongai and I are now engaged and we have a perfectly fulfilling sexual relationship without any problems whatsoever. 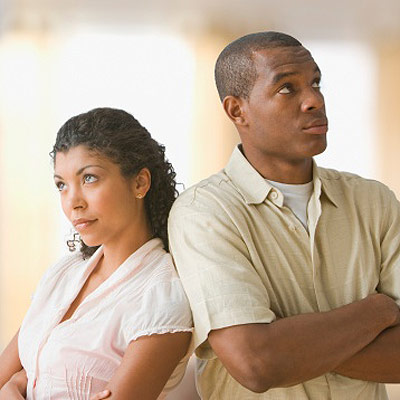 Where can I get help: You can write to our sex expert and ask questions.

The South African Society of Obstetricians and Gynaecologists (SASOG)

Tweet
More in this category: « Day In The Life Of A Sexologist Sexual problems in women »
back to top