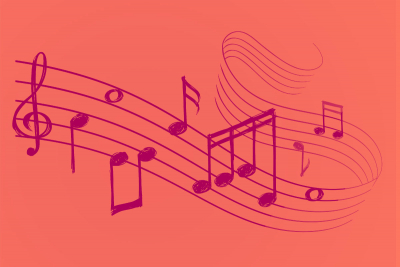 A special song has been composed to mark 1.2 million blood stem cell transplantations worldwide and to say “thank you” to donors for saving so many lives around the world in the lead up to World Marrow Donor Day, which will be celebrated on Saturday, 19 September.

Nearly half of all blood stem cell transplants use international donors of which there are approximately 74 000 in South Africa.

This year, the SA Bone Marrow Registry (SABMR) collaborated with talented singer-songwriter, George Kalukusha who penned a catchy song, called ‘Don’t be Afraid to Live’, which not only thanks local donors, but also aims to inspire others to sign up to become someone else’s hero.

The 26-year old singer who has shared the stage with many big names, including UK sensation, Joss Stone, on a recent world tour, says he was inspired by the selfless acts of donors and the courage of survivors who fought for the privilege to be alive – something we  often take for granted.

“I was moved by the real-life experiences that donors and patients shared and can honestly say that the song wrote itself from there. The concept didn’t take long to formulate. The entire song emulates the vision of the SA Bone Marrow Registry, which is to recruit more blood stem cell donors to help save lives,” says Kalukusha.

Nadia Chalkley, spokesperson for the SABMR says the song doesn’t just convey a message of hope and love, but also that each one of us has an inherent “superpower”.

“Every single person in the world who qualifies to become a donor, has the ability to save the life of another with their blood stem cells. There’s a misconception that stem cell donation is invasive, but all that it requires is a cheek swab to begin with and should you be matched up with a patient, the process is as simple as giving blood.

“While this year, we celebrate 1.2 million bone marrow transplantations, it’s not enough. We still need about 100 000 more donors in every ethnic group in South Africa. This will reduce the time it takes to find a match. In certain instances, it can take months, even years, and in many of these cases, patients just don’t have that long. Time is not on their side,” she says.

The SABMR is among 100 organisations in 57 countries that celebrates World Marrow Donor Day. Whether it be through a song, gesture or event – it’s the time of year when registries take the time to pay tribute to family donors, unrelated donors, cord blood donors, donors who already have donated and donors who are yet to donate.

Chalkley says a simple word of thanks to donors somehow doesn’t feel adequate.

“One cannot always put into words the impact that donors have on those living with life-threatening blood disorders. They are among the more than 37 million people across the globe who are offering hope for a cure.

“The release of the ‘Don’t be Afraid to Live’ song is our way of thanking each and every donor for who they are, what they stand for and the difference they are making to someone else’s life.  We salute you! Thank you, dankie, enkosi, ngiyabonga!”

Kalukusha urges every South African between the ages of 16 and 45 to become a donor and be someone’s tomorrow. “If you’re able to, it may just be the best decision of your life!”

The song will be launched on the morning of World Marrow Donor Day (19 September) on the SABMR’s social media pages. The public is being encouraged to share the song and to make use of the following hashtags: #ThankYouDonor, #WMDD2020 and tag @sabonemreg and @worldmarrowdonorday to help spread awareness.

If you want to become a donor or would like to make a financial donation contact the SABMR on 021 447 8638 or email: visit https://sabmr.co.za/.

More in this category: « Move to Level 2 an opportunity to rekindle healthy family traditions. South Africa joins globe in observing World Alzheimer’s Day. »
back to top