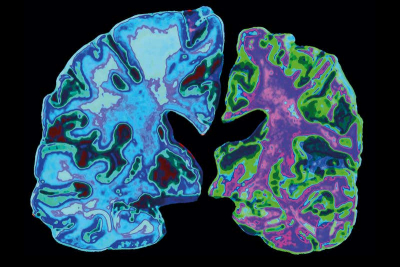 Zulu made the call as the department prepares to commemorate Social Development Month in October, and in commemorating World Alzheimer’s Day.

World Alzheimer's Day is commemorated annually on 21 September, where world organisations' efforts are focused on raising awareness about Alzheimer’s.

This year, the day is observed under the theme, 'Let’s Talk about Dementia'.

Alzheimer’s is a chronic neurodegenerative disease, which worsens gradually as senior citizens advance in years.

The World Health Organisation (WHO) defines dementia as a chronic illness that arises from an interplay of genetic, environmental and behavioural factors, with severe adverse influences on social and physical activities, and quality of life.

It is a condition deemed one of the major causes of disability among older persons.

It is estimated that approximately 2.2 million people in South Africa live with some form of dementia.

However, little is known about the prevalence of dementia or its impact on older adults living in low- and middle-income countries (LMICs) in Africa, including South Africa.

Furthermore, there has been little research into the aetiology and risk factors in LMICs.

Zulu said there is a critical need for studies to investigate these factors in South Africa.

A study in Cape Town found that 79% of a memory clinic’s clients were being cared for by family members, some of whom had given up their jobs to do so.

Caregiver stress is highlighted as one of the areas of concern in dementia care in LMICs, even in traditional cultures where family care is regarded as the norm.

She said the department has a role to create legislative awareness on issues affecting the lives of older persons.

“Raising awareness is a fundamental preventative strategy, which involves not only sharing of information but helping to change attitudes and behaviour,” Zulu said.

It is for this reason that the Older Persons Act 13 of, 2006, mandates that services for older persons should cover the full spectrum of care, ranging from those who are healthy, to frail older persons.

The Act mandates the provision of the following services:

The Act also advocates for older persons to remain in the community for as long as possible, including frail older persons, while recognising that some older persons may live in residential care facilities.

It further emphasises the prevention of elder abuse, thus improving the quality of lives of older persons.

The three pillars of the 2002 Madrid International Plan of Action on Ageing calls for development of older persons, advancement of their health and well-being into old age, as well as an enabling and supportive environment for them to thrive.