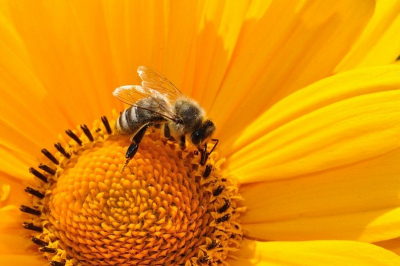 Using pollen to solve legal cases – either civil or criminal – is gaining prominence globally due to crime investigation television shows and publicity surrounding high profile cases where forensic palynology (pollen analysis) has been used to determine guilt or innocence or in some instances even overturning past verdicts.

The most famous forensic palynology case involved a man that disappeared in Austria. Despite the lack of a body, he was presumed dead. The detectives had little physical evidence, but they had a suspect with a muddy pair of boots. A palynologist found a 20-million-year-old fossil of hickory pollen in the boots, which came from a tree that no longer grew in Austria, but there was a small area on the Danube River, where the pollen had been absorbed into the environment. When presented with this information, the suspect disclosed the whereabouts of the body.

Another case involved a shipment of 500 grams of cocaine, that was seized in New York during a drug raid. A portion of the seized material was sent to a forensic palynologist for analysis. An examination of earlier seized illegal marijuana in New Zealand had revealed two important clues:

Similarly, in the Western Cape, a body was moved to Knysna that could be proved using pollen found on the clothing of the corpse.

Dr Dilys Berman, one of SA’s leading pollen analysts based at the UCT Lung Institute says the progress made in forensic palynology is starting to transform criminal investigations and prosecutions all over the world.

“As the number of cases that pollen is successfully used as evidence increases, the range of its potential uses also increases. Pollen can be used to solve crimes related to forgery, illegal drugs, assault, robbery, rape, murder, genocide, terrorism and arson to name but a few.

“It can also be used to resolve various types of civil cases, such as the authentication of paintings, fake antiques, forged documents, removal of artifacts from historic or archaeological sites, illegal pollution of the environment or the poaching of animals and fish.”

Dr Berman recalls working on a case where residents insisted that pilots were jettisoning fuel near an air strip, but the notion was quashed before it became a Class Action lawsuit. The yellow deposit was in fact pollen dropped by bees. Another incident also involved angry residents who accused a fynbos packing consortium of poor health and safety measures due to a large yellow deposit close to the plant. It was yet again linked to a heavy deposit of pine tree pollen.

She says with almost half-a-million different types of plant species on the planet, you need to have a sound understanding of plant ecology and plant communities in and around a crime scene area, including knowledge of the production, dispersal patterns, preservation potential and identification of pollen spores in order to interpret recovered forensic pollen samples.

“Pollen grains can remain at a crime scene long after the event. The fact that they are small, highly variable and found on almost anything that have been exposed to or interact with the air, make them ideal forensic trace materials. Pollen grains can be isolated from soil, rope, clothing, drugs, air filters, plant material, animal and human material such as fur, hair or stomach contents by using forensic tools.

“Each region also has its own unique pollen composition – almost like a fingerprint – which is relatively indestructible – even if you wash your clothes, a pollen print remains. If pollen samples are collected in a correct and timely manner it is even possible to tell when the crime was committed. Much of that has to do with knowing the pollination cycles of various plants, which is why pollen monitoring is important.

“Knowing what plants are flowering when and recording that data doesn’t just help doctors and hay fever sufferers to manage allergy symptoms, but it also assists in solving crime and tells us how we are impacting our environment and climate. By analysing pollen from well-dated sediment cores, scientists can record changes in vegetation going back millions of years.

“The pollen found in a wreath in Tutankhamen’s tomb helped to fix the date of his internment, while pollen on the shroud of Turin helped to determine its origin to Gethsemane, where a certain type of pollen species has bloomed for millennia.”

While for now, scientists have a fairly good idea of SA’s vegetative composition, global warming is starting to change the floral landscape making pollen monitoring more essential than ever.

She says climate change is influencing the migration patterns of plants. Many plants – allergenic and non-allergenic – previously native to the northern hemisphere are moving southward. Rising temperatures and mounting pollution are also contributing to the evolution of pollen, which modifies their molecular structure. These changes need to be recorded in order to keep an accurate log of plant species across the country.

“With more funding, we will be able to install sufficient pollen sampling units in each region to give us more accurate pollen counts and data to work with when called upon to solve forensic cases,” explains Dr Berman.