Survey finds many South Africans are living with undetected TB. 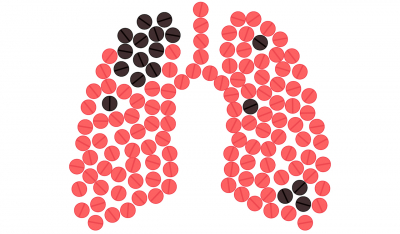 Many South Africans are living with undetected tuberculosis (TB), while those who show symptoms delay seeking medical care, a survey has shown.

This is according to the country’s first TB Prevalence Survey Findings released on Friday.

The survey, conducted by the South African Medical Research Council (SAMRC), Human Sciences Research Council (HSRC) and National Institutes for Communicable Disease (NICD), enrolled 55 000 participants, who were older than 15, across all province in 110 clusters.

The National Department of Health commissioned the entities to lead the study to determine the bacteriological or laboratory-confirmed prevalence of the TB disease in South Africa.

He also raised concerns about undetected TB cases in communities that may lead to the further spread of the disease.

"To break the cycle of transmission we need to extend services to communities through outreach programmes and sustain infection control practices from COVID-19,"he said.

Meanwhile, research also revealed that more than two-thirds of HIV negative symptomatic participants had not sought care for their symptoms.

The participants cited various reasons, which include them still planning to go to the health facility, their symptoms not being too serious or not having money to travel to a clinic.

Mkhize said the late presentation for care may lead to avoidable hospitalisations and deaths.

The study also discovered that a higher proportion of HIV negative people are asymptomatic than those who are HIV positive.

"This has been a key finding which will require a shift in the way we achieve proactive health-seeking behaviour. Previously, we focused on symptomatic patients and those living with HIV. We now need to encourage everyone to screen and test for TB to achieve elimination," said the Minister.

He said government should employ innovative ways of providing health services in an integrated manner for efficiency.

These should include the use of digital technology.

"We have made a lot of strides in the health information system space during the COVID-19 response and will leverage some of these technologies for TB screening, contact tracing and treatment adherence."

The app provides an easy way for individuals to screen themselves for TB.

It also guides users through a series of questions and then advises them on whether they need a TB test or not, of which over 9 000 South Africans used have already used.

"Just over one in 10 of those tested were found to have TB. These individuals are now on treatment. I would like to encourage people to use this service."

The Minister is also advocating for home delivery of medicines for patients by community health workers. He is also calling for the inclusion of TB medicines in the Central Chronic Medicine Dispensing and Distribution (CCMDD) system.

He thanked researchers for their work and was hopeful that future studies will delve into the prevalence of TB among children under the age of 15.

"We know that, in this country, children are affected by TB and many of them go onto developing chronic lung problems and I hope children below fifteen will be included in the subsequent studies."

Meanwhile, government remains resolute to fight the disease amid the COVID-19 pandemic that continues to ravage the entire world.

The Minister believes that advocacy work will need to adopt a multi-sectoral approach and partner with civil society, social partners and those in the communication sector to spread the word.

In addition, the State will develop strategies to address stigma and discrimination.

Mkhize, urged for the analysis of dynamics that resulted in findings that men above the age of 60 and between 35 and 44 are least able to access TB services.

He further acknowledged the impact of the COVID-19 pandemic on health services, particularly, TB.

"A lot of effort will be required to mitigate the negative impact of COVID-19 and still ensure that we attain our set targets," he said.

More in this category: « Stuck in a perpetual state of jetlag? You might be suffering from "pandemic burnout". Government invests in oncology services infrastructure to address challenges related to cancer. »
back to top