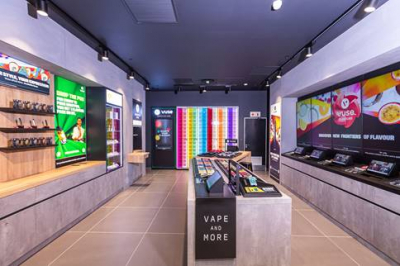 British American Tobacco South Africa (BATSA) has stepped up the rollout of its Better Tomorrow strategy and its goal of reducing the health impact of its business with the opening of the first VUSE Inspiration Store in South Africa in the Canal Walk shopping centre today.

"To-date we have made an extensive investment in bringing Twisp into BATSA’s portfolio and we plan to invest further in our tobacco harm reduction strategy in South Africa. We will be expanding our number of kiosks, investing in bringing our new products to market and enhancing the skills of our BAT team," said BATSA General Manager Johnny Moloto.

Another 15 new sites in key locations will be added to the VUSE network by December as part of a significant expenditure project.

“The opening of our first flagship VUSE Inspiration Store in South Africa is an important milestone in delivering on our harm reduction strategy and our investment in science and innovation to demonstrate the potential of our extended portfolio of products,” said Moloto.

VUSE conforms to the quality standards of the biggest regulatory agencies in the world in both the European Union and the US.  It has undergone exhaustive scientific testing by BAT’s team of over 1 500 scientists and engineers.

"It is clear that combustible cigarettes pose health risks. We encourage those who otherwise continue to use nicotine, to consider scientifically substantiated, potentially reduced-risk alternatives.

"Vaping products like VUSE - which are also known as e-cigarettes - offer an alternative to cigarettes which many public health experts around the world recognise as being far less harmful than smoking," said Moloto.

The new VUSE Inspiration Stores have globally developed immersive technology and expertise, with a flavour bar and a "VUSE by you" section where vapers can customise their devices.

"VUSE packaging is also recyclable and we encourage consumers to include this into their recyclable waste," Moloto said.

The new VUSE Inspiration Stores are being fitted out by Bateleur Design and Project Management, a Level 2 B-BBEE South African contractor.

More in this category: « It's time to end Tuberculosis (TB). Revolutionising chronic medication delivery in public healthcare with smart lockers. »
back to top