Listen to Your Footsteps by Kojo Baffoe available on pre-order now. 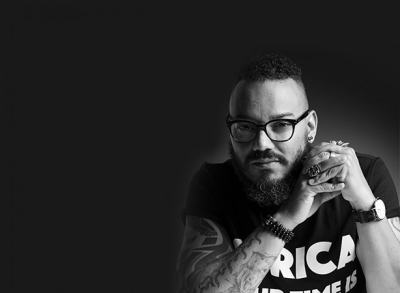 Listen to Your Footsteps by Kojo Baffoe is out now from Pan Macmillan!

Kojo Baffoe embodies what it is to be a contemporary African man. Of Ghanaian and German heritage, he was raised in Lesotho and moved to South Africa at the age of 27.

Meet Baffoe, writer, speaker, entrepreneur in Listen to Your Footsteps: Essays and Reflections.

Listen to Your Footsteps is an honest and, at times, raw collection of essays from a son, a father, a husband, a brother and a man deeply committed to doing the internal work.Kojo reflects on losing his mother as a toddler, being raised by his father, forming an identity, living as an immigrant, his tussles with substance abuse, as well as his experiences of fatherhood, marriage and making a career.

"My new book, Listen To Your Footsteps, is a collection of essays, thoughts and poems that are reflections on my journey to date and the lessons that I have learned, and continue to learn along the way. Who I am today was heavily shaped by my father, who raised me, by my steps and missteps in work, relationships and life, and by my children." – Kojo Baffoe.

He gives an extended glimpse into the experiences that make boys become men, and the battles that make men discover what they are made of, all the while questioning what it means to be 'a man'.

Kojo Baffoe is a writer, speaker, entrepreneur and self-proclaimed retired poet. He has published two collections of poetry, Voices in My Head along with And They Say: Black Men Don’t Write Love Poetry. He has edited magazines such as Blaque, Destiny Man and Afropolitan and is also the former host of ‘Life with Kojo Baffoe’ on Kaya FM.

More in this category: « Introducing The Economy on your Doorstep by Ayabonga Cawe. Karen Lazar introduces her latest poetry collection. »
back to top