Go Play Inside - What Video Games Can Teach Us About the Game of Life by Gareth Woods. 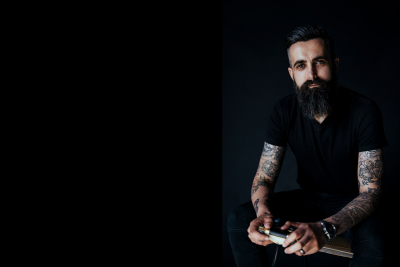 Go Play Inside: What Video Games Can Teach Us about the Game of Life turns conventional parenting wisdom on its head. Parents often have epic battles with their children to get them off their devices and outside. But Gareth Woods, influencer and gamer, argues that he has learned far more about life from gaming than from climbing trees.

Gareth shares ten life lessons that he has learned playing inside – gaming. His anecdotes are both wise and wry. You will laugh out loud and be thoroughly entertained while reading this book but it will also make you think and perhaps change your behaviour in how many risks you take, and how you perceive life and parenting.

A book for gamers and non-gamers alike, this is a book for entrepreneurs, business leaders and parents.

Did you know?
• Gaming is a huge industry – there are more than two billion gamers worldwide. Which is more than
the entire population of Africa.
• The gaming industry is bigger than the movie and music industries combined. And yet parents
worry, "What are my kids learning by playing games?"

About the Author
If 10-year-old Gareth Woods had known that he would play video games and tell jokes for a living he probably wouldn’t have wasted all those years at school and
university. He is a comedian, gamer, business owner, father and husband.

A lifelong love-affair with gaming, watching it grow from its infant stages to the multi-billion dollar global industry it is today, coupled with his extensive corporate career in Sponsorship, Marketing and Category Development, has made Gareth a leading expert in the South African esports and gaming industry. He was the Gaming Guru on the Expresso Morning Show for three years. He is currently the marketing director of a New York-based gaming company and is an influencer in the gaming world. Gareth also works as a professional caster, panel host and announcer in esports, having been involved in several major South African esports events across various gaming titles.

He started turning this passion into a career through writing for several gaming publications and websites developing his notoriety and influencer status in the gaming community. Gareth’s passion for gaming has led him to start his own gaming marketing agency and ultimately to write this book as a means of sharing this passion and these lessons with others.

As a comedian he has been featured on Comedy Central, Late Night News with Loyiso Gola, and even opened for Trevor Noah on his debut show "Daywalker", after winning the 5FM National Comedy Talent Search.

More in this category: « Will Smith to star in film about tennis icons Venus and Serena Williams. The Lost Language of the Soul, a new novel by Mandla Langa out in September. »
back to top