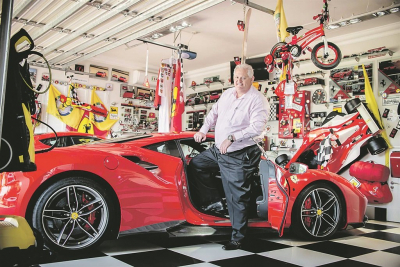 In this sequel to his bestseller, Inside the Belly of the Beast - The Real Bosasa Story, Agrizzi's new book explores, in bone-chilling detail, the failings of State Capture Commission and why so many big fish still swim free.Substantiated by irrefutable proof, medical records and key witness statements,Surviving The Beast uncovers what really happens to those who expose the powerful and corrupted.

On the 14 October, 2020, Angelo Agrizzi, one of South Africa's foremost whistleblowers, leaves home at 6am to attend a routine bail court hearing at the Palm Ridge Magistrate Court.

After being informed to first meet at the Brackendowns Police Station, he finds himself locked up in a military tank, under special forces guard, accompanied to court by a massive convoy of blue light brigades. He is told that this is for his own "protection".

Agrizzi is at first unperturbed – he's far more excited at the prospect that his explosive Bosasa tell-all memoir, Inside The Belly of the Beast will be going to print by lunch time. In a sinister turn of events, the court denies him bail on the unfounded basis that he poses a flight risk. Agrizzi is ferried off to notorious Sun City,Johannesburg Central Prison.

On hearing the judgement broadcast across the media, his publishing house inexplicably pulls the book. And so as the wheels of (in)justice start turning, the printing press grinds to a halt.

That night, alone in his filthy prison cell, now in the very clutches of those he exposed at State Capture Commission, an attempt is made on Agrizzi's life.

Surviving The Beast exposes the highest echelons of power's involvement in dirty tricks, corruption, boardroom assassinations, lies, deceit and cover-ups. There are murders and the swopping of bodies. It is also a compelling memoir of one man's victory over death.

The integration of QR codes creates a unique interactive experience for the reader, bringing to life key video evidence, articles, interviews, testimonials, and documents from the State Capture Commission of Inquiry as well as never-seen-before details, photographs and graphic accounts of relevant events. The reader will also have access to photographs revealing what really happened to Gavin Watson.

More in this category: « Alone. Together. Loved. Forever. by Ingrid Lomas - A Memoir. This Might Sting a Bit By Claire Adlam. »
back to top