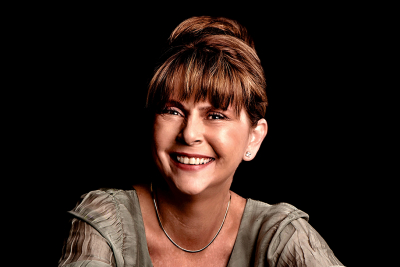 Everyone loves the Hay family. Down to earth Zimbabwean farmers. Quirkiest of all, Grandpa is the glue that holds them all together. Teenage Chris, the eldest child, is a classic wild child while his 16-year-old sister Kat is generally the sensible one. Kat then takes a blow to the head when, at a braai, she attempts to play rugby while drunk and wearing stilettos, both for the first time. A few weeks later, she takes another knock to the head – two freak accidents leading to a lifetime of chronic pain.

In her twenties, doctors are still short on answers, and it is easier to just throw prescription painkillers at the problem, setting the scene for Kat’s stormy love affair with pharmaceuticals - a battle she seems unlikely to win. From life of the party to self-centred addict, the ground rushes up to meet her. Her mother Gill leads the crusade on Kat’s problem but lets a few skeletons out of her own closest. A recovering alcoholic, she’s hardly squeaky clean herself.

Utterly broken by her addiction, Kat finally accepts help and crawls into treatment in South Africa. It’s a bone-rattling detox and a rough five weeks during which she wears far more mascara on her cheeks than eyes. Her counsellors chip away at her, getting every speck of denial out while her new, eccentric rehab friends teach her how to laugh again.

Back home, clean and a lot more grounded, Kat starts to mend her many shattered relationships. Her mother’s final secret comes out, changing the family forever but allowing her to pursue a dream.

In the background, the family is devastated when Zimbabwe’s land distribution policy forces them to walk away from their farm and start a new life and business venture in town.

Wittily told, This Might Sting a Bit is a laugh-while-you-weep story of survival and family, full of African flavour. It uses a lighter approach to shine a light into some of society’s darkest corners and tackles a big topic – substance abuse. The book throws some punches yet embraces the reader as it follows the journeys of broken and vulnerable members of society, and of those who fight to save them. Above all, it is about being able to laugh at oneself

About the Author
Claire Adlam grew up in Harare, Zimbabwe, and has worked in media and PR for nearly 30 years. In 2006, she moved to Cape Town, South Africa, where today she runs her own communications and design agency. This Might Sting a Bit is her first novel. Claire has seen the devastating effects of addiction in its many forms.

More in this category: « Surviving the Beast:The ugly truths about state capture by Angelo Agrizzi. Wild Seas by Thomas Peschak. »
back to top