The book review of Lord Peter Hain's, A Pretoria Boy. 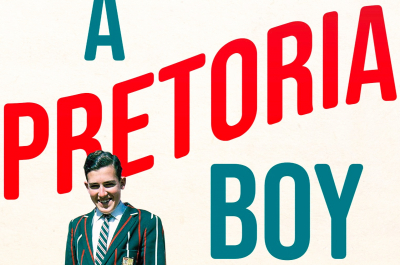 "This is the first time I’ve ever come through the front door of a white man’s house," a black man remarked at a political gathering of whites and blacks held in a white household in a whites-only neighbourhood, in apartheid era South Africa. The venue was the abode of the Hains’ of Ladysmith and the rendezvous was presided over by the author of the novel, Cry the Beloved Country, Alan Paton – leader of the non-racial Liberal Party and of which the black man, Elliot Mngadi, was a natural treasurer. As it were, Mngadi’s mere presence was in contradiction to aspects of apartheid statutes – not that hosts and new recruits to the party, Walter and Adelaine Hain, gave a damn!

A few years on in 1960, having relocated to Pretoria, the couple’s ten-year old son and his younger brother got awoken one early morning in the family home by the noise and sight of unknown adults rummaging through their bedroom whilst others ransacked a cupboard drawer containing his younger sisters’ panties in the room next door! Then a year later after that startling episode, their older child got awoken after midnight by a family acquaintance relaying the news:  "Peter, your parents have been jailed!"

The opening experiences paint the abnormal – albeit normal for his family – childhood British House of Lords member, Lord Peter Hain, had to endure whilst growing up in racially separatist South Africa, as well as the brunt his family had to bear for its fervent opposition to a state system it deemed unjust.

Described by longtime ANC activist, Mavuso Msimang, as, ‘more like a thriller than a memoir of international solidarity’, Hain’s recollection of half a century of political activism, namely, a Pretoria Boy – The Story of South Africa’s ‘Public Enemy Number One’ is an exhilarating moving tome
containing one ordinary family’s resolute determination to contribute in opposing the racial oppression of fellow man – irrespective of harassment and hatred brought to bear upon it by state operatives, a biased media, as well as pro-apartheid citizens.

One of the sacrifices the Hains had to contend with included being hounded out of South Africa in 1966 when the practicing architect paterfamilias deliberately became deprived of employment opportunities. Privy of the political climate he existed under, the young Peter wasted no time in utilizing the move to Britain to seize the cudgels of a cause fought for by his parents and the oppressed black majority – catching the attention of the both the media and the public by disrupting the Springboks tour of 1969-1970, as well forcing the cancellation of the 1970 cricket tour. These
actions subsequently led to Hain being declared, ‘Public Enemy Number One’ by South Africa’s media.

Hain goes vividly and expansively down memory lane as he touches on incidents such as the hanging of John Harris (the first and only white to be so adjudged during the struggle) in April 1, 1965 – to his more recent exposure of allegations of looting and money laundering by then President Jacob Zuma and the Gupta brothers. The latter endeavour in his lifelong activism elicited a bittersweet e-mail from an old timer South African: "Congratulations and thank you, though we still hate you for stopping the Springboks."

More in this category: « Barbara Masekela's memoir Poli Poli book review. It Only Comes in Orange, Mr Zuma - Zapiro's 2021 Annual is out NOW. »
back to top