Out now The Dark Flood - a brand new thriller from Deon Meyer. 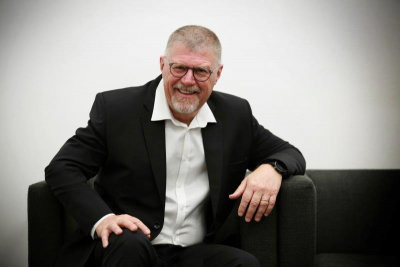 One last chance. Almost fired for insubordination, detectives Benny Griessel and Vaughn Cupido find themselves demoted, exiled from the elite Hawks unit and dispatched to the leafy streets of Stellenbosch. Working a missing persons report on student Callie de Bruin is not the level of work they are used to, but it's all they get. And soon, it takes a dangerous, deeply disturbing turn.

One last chance. Stellenbosch is beautiful, but its economy has been ruined by one man. Jasper Boonstra and his gigantic corporate fraud have crashed the local property market, just when estate agent Sandra Steenberg desperately needs a big sale. Bringing up twins and supporting her academic husband, she is facing disaster. Then she gets a call. From Jasper Boonstra, fraudster, sexual predator and owner of a superb property worth millions, even now.

For Sandra, the stakes are high and about to get way higher.

For Benny Griessel, clinging to sobriety and the relationship that saved his life, the truth about Callie can only lead to more trouble.

Taut with intrigue, murder and suspense, exploding with action and excitement, The Dark Flood is a masterpiece from the author of Trackers and The Last Hunt.

About the Author Deon Meyer

A former journalist, advertising copywriter, Internet manager and brand strategist, Deon has published fifteen novels and three short story collections. His books have been published in more than 40 countries world-wide. Two of his books — Dead Before Dying (as Cape Town) and Trackers) — were turned into international TV series.

He has also written two series for television, and four screenplays for feature films, and has produced and directed movies in his native Afrikaans.

Deon was born in Paarl in 1958 and matriculated in Klerksdorp in 1976. He studied at the Universities of Northwest, Free State and Stellenbosch, and holds a Masters’ Degree in Creative Writing.

He lives in Stellenbosch with his wife Marianne, and is passionate about South Africa, Mozart, mountain biking, cooking, photography, and Free State Cheetahs and Springbok rugby.

More in this category: « Meet award-winning writer Sihle-isipho Nontshokweni,author of Wanda the Brave. Road to Glory: Thrilling Sporting Moments by Jeremy Daniel. »
back to top