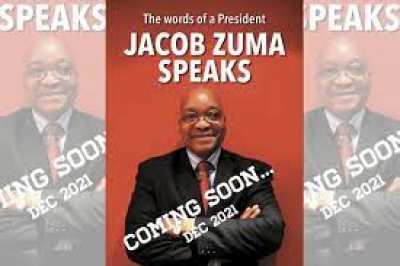 Former president Jacob Zuma has finally launched his long awaited autobiography which has been on the cards since he announced plans to write it during the ANC’s 54th national conference in December 2017.

Zuma’s grasp of the socio-economic challenges facing South Africa, and his commitment to "genuine transformation", are amply revealed.

The book states this is not an attempt to paint the former president in glowing light but rather allow the "reader to judge him on actual performance, rather than fake and often manufactured untruths."

Limited sales of the book will be made available from Monday, 13 December at Xarra Books in Midrand and delivered nationwide.

With contributions from Professor Sipho Seepe, Kim Heller, Dudu Myeni and Themba Mathe, this is the first book endorsed by Zuma.