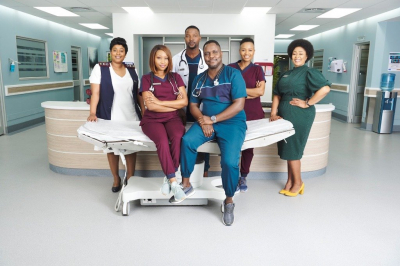 e.tv has pulled the plug on its early primetime series Durban Gen which will end in January 2023 after just over two years.

Filmed in Durban, the show launched on e.tv in October 2020 and is set in the township of Newlands East and the corridors of the Durban General academic, public hospital.

The channel confirmed its cancellation in a statement issued on Tuesday.

"e.tv can confirm that the hospital drama Durban Gen will be coming to an end in January 2023. The decision to decommission the daily drama is part of a business strategy which includes the ongoing review of the on-air life-cycle of all our shows," said the channel which gave a similar reason for their decision to cancel long-running soapie, Rhythm City.

"e.tv continues to look forward to fulfilling its mandate of producing exceptional and relevant local content, and the production has successfully achieved its part of the obligation throughout the past 2 years," added the channel.

For months, Durban Gen has been subject to criticism from viewers about the accuracy in most of the scenes which follow the lives of people in a number of medical professions.

Durban General (aka Durban Gen) was produced by Stained Glass TV, the same production company responsible for shows like The Wife, eHostela, Uzalo and Ifalakhe, to name a few.

Most recently, The Wife went on a break ahead of its third season and reportedly did so to go back to the drawing board in an effort to improve the show after a barrage of complaints.