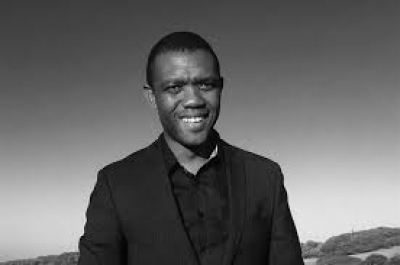 'This book is not an analysis of South Africa's problems. It is an outline of what we must change to have the South Africa of our dreams. In these pages, I challenge myself and all those who are willing to take a chance to pursue a higher ideal, something bigger than any individual, a belief that we can be the stewards of our own destiny. This is a manifesto.' – Songezo Zibi.

Pan Macmillan has announced that it will be releasing Manifesto: A New Vision for South Africa by Songezo Zibi in June 2022.

As an industry leader, journalist and editor, Zibi has written extensively about South Africa's political system, economy and social dynamics.

Since 2007, he has been a consistent and recognised voice for accountability, good governance, nation-building and for the creation of a dynamic, inclusive economy.

In January 2022, Zibi co-founded Rivonia Circle, a think tank that will give birth to innovative and more effective ways of political participation. Their mission is to produce ideas and leaders that will turn South Africa into a modern, prosperous and just society.

Manifesto asserts that for millions of South Africans, the promise of democracy, a promise our Constitution attempts to set out in its preamble, will not be realised in their lifetime. Some who are yet to be born will live and die poor and marginalised because their country was not ready to provide the tools that would help them to make their lives meaningful, healthy and prosperous.

This situation is no accident. While the structural conditions that created the initial inequalities are a result of colonialism and apartheid, the worsening of this condition after 2010 is the result of political negligence, incompetence and rampant corruption borne out of a deep disconnection between the political elites and the real needs of the people. South Africa is in urgent need of a comprehensive overhaul of its political and state institutions, its social structures, as well as its economy and policies.

Manifesto presents a path to social, political, economic and social change and renewal, and challenges all South Africans to unite behind the ideals of our constitution and social democratic values to realise full meaningful freedom. It implores professionals to return to active political life as they are key to building the strong, capable and development-oriented state hopes of millions depend on. South Africans must adopt a different mind-set and accept the responsibility of leadership so that the country can finally have the future it has been waiting for the ANC to deliver.