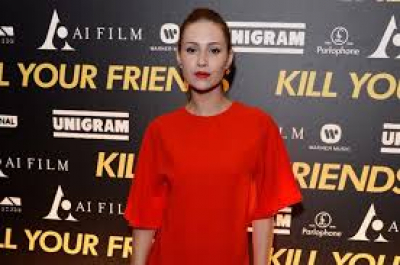 The Department of Home Affairs has deported Lithuanian actress, Ieva Andrejevaite, after she had attempted "to abuse South Africa’s refugee management regime when she fabricated a story of wanting to apply for asylum because of the war in Ukraine" on 28 April 2022.

In a statement, Home Affairs said the actress arrived at the Cape Town International Airport in a private jet without a visa.

Ministry spokesperson, Siya Qoza, said: "Immigration officers rightly refused her entry. After that refusal of entry, she then lied to immigration officials, making up a story of wanting to apply for asylum.

"As a result of our asylum seeker laws, immigration officials’ hands were tied and they were required to let her into the country so that she could apply for asylum within five days. She was duly issued with an asylum seeker visa in terms of the Immigration Act 13 of 2002."

Qoza said at no stage, during her stay in the country, did Andrejevaite attempt to apply for asylum.

As such, she became an illegal foreigner, as defined in the Immigration Act, as the five-day period had lapsed.

"Instead, images of her attending a party in Cape Town, hosted by Rob Hersov, surfaced on numerous publications and social media platforms.

"Andrejevaite subsequently launched ill-advised legal proceedings in the Western Cape High Court under case number 5268/2022, wherein she made further disparaging comments about South Africa, the Department of Home Affairs and its immigration officials. She also lied under oath as parts of her founding affidavit were clearly fabricated," said Qoza.

The department opposed the application and set out clearly the factual position of the department, exposing the lies in her affidavit and the fact that she was now an illegal foreigner.

Qoza said after being served with the department's opposing papers, Andrejevaite realised that she had lied to the immigration officials and then to the High Court and would face the possibility of criminal charges over and above the consequences and embarrassment stemming from her High Court application.

On 2 June 2022, the Western Cape High Court ordered Andrejevaite to apologise to South Africans, the Home Affairs Minister and the Department of Home Affairs officials.

"She made a formal apology to all the listed parties on the same day, a copy of which is attached to this statement.

"Andrejevaite has also formally withdrawn her ill-fated application after accepting that she had lied in it and agreed to pay the costs incurred by the department, which opposed the farcical application,” said the department.

Home Affairs Minister, Aaron Motsoaledi, has instructed the department to expeditiously recover all monies due to the State as a result of Andrejevaite’s bogus application.

"I am extremely happy that our immigration officers implement the laws of the country without fear or favour. As a country, we won’t tolerate the abuse of our immigration laws by anyone nor will we allow the integrity of our borders to be abused. This kind of abuse lends more urgency to the work we are doing in revising our immigration laws," said Motsoaledi.

Andrejevaite was formally processed for deportation on 05 June 2022 and declared an undesirable person by immigration officials. She is now prohibited from visiting the Republic of South Africa for a period of five years.

Persons declared as undesirable in terms of the Immigration Act can only sojourn the country again after submitting a representation, for consideration, to the Department for the upliftment of their undesirable status.

More in this category: « Songezo Zibi’s Manifesto proposes significant political reforms. Vanessa Perumal who traded her vocal cords to survive a life-threatening Cancer. »
back to top