Here are the most popular used cars in South Africa. 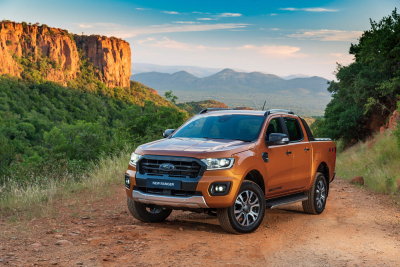 In these tough economic times, South African car buyers are desperate to find good value, which is generating increased demand for quality, well-priced vehicles in the used car market.

Leading motoring platform Cars.co.za indicates that low-mileage vehicles priced at just under R290,000, which were first registered between 2016 and 2019, are the most popular cars on the site.

"We looked at the number of enquiries put through to dealers during the past 90 days, rather than the majority of vehicles listed," said Cars.co.za’s consumer experience manager, Hannes Oosthuizen.

A deeper analysis of the headline numbers of vehicles first registered between 2016 and 2019 reveals that user enquiries about listed used cars that were first registered in 2017 and priced between R200,000 and R300,000 represent the lion’s share of the lead volume.

The group said that 24.4% of leads for vehicles first registered from 2016 to 2019 are from that price bracket.

Top 10 Most Popular Cars on Cars.co.za

Based on lead volume during the past 90-day period, the most requested vehicles on Cars.co.za (with no limit on price and mileage) are the following:

Impact of the new vehicle market

Rising new vehicle prices, the economic impact of repeated Covid-19 lockdowns and stock challenges caused by several factors, including the international semiconductor shortage, have all put the new vehicle market under significant pressure. "All of these factors have a compounded impact on the used-car market," said Oosthuizen.

"Firstly, new vehicle prices have risen sharply in the past year and, in some cases, by more than double the country’s official CPI inflation rate. This alone will result in some buyers now simply being forced to purchase their next vehicle in the pre-owned market.

The result is a decline in new-car sales, which ultimately leads to pressure on used-car stock availability. Meanwhile, the increasing demand for quality used cars, combined with lower stock availability, will inevitably drive up used-car prices," he said.

The group used the results of previous iterations of the Cars.co.za Consumer Awards – powered by WesBank to rank various brands’ performances in terms of after-sales support, reliability and other criteria.

"By combining that data with the availability and -pricing of stock on Cars.co.za, we‘ve been able to identify the 10 best buys in the used car market right now," Oosthuizen said. "The biggest challenge, of course, is to find a vehicle from a reputable brand at a good price, but also with relatively low mileage."

If you’re shopping for a vehicle that’s no older than five years, has a mileage of under 100,000 km, and is priced between R200,000 and R300,000, the Cars.co.za editorial team suggest the following vehicles.

The emphasis is on vehicles in the B/C-segment hatch, C/D-segment crossover/SUV and Double-Cab bakkie categories, as most South Africans are currently shopping for private vehicles of those types.

More in this category: « What Does the average South African used car look like – Price and Mileage. Volkswagen to launch new Polo in South Africa in early 2022. »
back to top