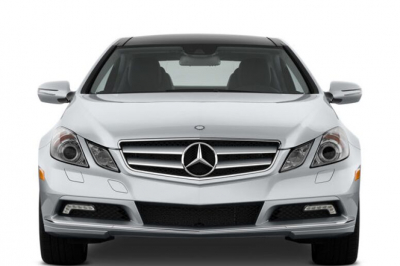 German carmaker Mercedes-Benz is recalling nearly one million older vehicles worldwide due to a potential problem with the braking system, the federal transport authority (KBA) said.

The KBA said in a statement dated June 1 and reported late Saturday in German media that the recall affected cars built between 2004 and 2015, of the SUV series ML and GL and the R-Class luxury minivan.

"Corrosion on the brake booster can in the worst case lead to the connection between the brake pedal and the braking system being interrupted," the KBA said.

"As a consequence, the service brake can stop functioning."

The KBA said that worldwide 993,407 vehicles were being recalled, including around 70,000 in Germany.

Mercedes-Benz confirmed the recall later in a statement sent to AFP, saying the move was based on "analysis of isolated reports for certain vehicles".

"In rare cases of very severe corrosion, it might be possible for a particularly strong or hard braking manoeuvre to cause mechanical damage to the brake booster, whereby the connection between brake pedal and brake system would fail," Mercedes said.

"In such a very rare case, it would not be possible to decelerate the vehicle via the service brake. Thus, the risk of a crash or injury would be increased."

The company said it would "start with the recall immediately" and contact the owners of the "potentially affected vehicles".

"The recall process will involve inspecting potentially affected vehicles and, depending on the results of the inspection, replacing the parts where necessary," the company said.

"Until the inspection takes place, we ask our customers not to drive their vehicles."

More in this category: « Nissan boss warns SA car exporters will lose out unless it goes electric. Mercedes-Benz recalls more than 13 000 cars in SA due to brake failure concerns. »
back to top