Volkswagen to launch new Polo in South Africa in early 2022. 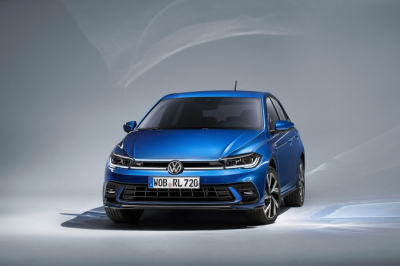 German carmaker Volkswagen says it will launch its new Polo model in South Africa in early 2022.

Announced globally on Thursday (22 April), Volkswagen said that the new model will be available in three different configurations including a Life, Style and R-Line versions.

Volkswagen added that the new models will feature technologies that have previously only been available in higher vehicle classes.

This will include the predictive ACC (Adaptive Cruise Control) and Lane Assist – which now comes as standard in every Polo, it said.

Other features which will come standard include:

Volkswagen said it has also incorporated a digital cockpit, which features digital instruments with an eight-inch display, into the basic equipment.

Other new technical features include the air conditioning system, the composition media audio system with 6.5-inch monitor, a Bluetooth mobile phone interface, exterior mirrors that can be electrically adjusted and heated, and electric windows throughout the vehicle.

Volkswagen said that the Life specification package will include 15-inch rather than 14-inch wheels, App-Connect, a centre armrest with an additional USB-C port in the middle of the passenger compartment, and leather trim on the steering wheel and gear knob.

Like the Life, the two new premium equipment packages, Style and R-Line, follow the naming conventions that were introduced with the current Golf.

The Style and R-Line have different emphases, but are at a similar level in terms of their specifications, the group said.

Pricing and specifications for South Africa are expected to be announced at a later date.

More in this category: « Here are the most popular used cars in South Africa. Mercedes-Benz concept EQG previews electric G-Wagen coming soon. »
back to top