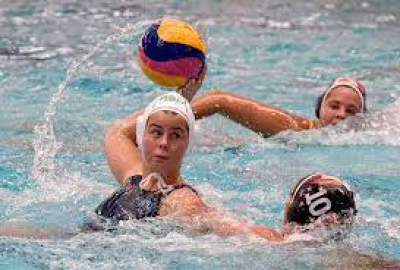 It was a challenging opening day for Team SA at the Tokyo 2020 Olympics on Saturday.

Stefan De Bod was the only rider of the three South Africans to finish the men’s road race, while there were struggles for the men’s pairs and men’s four rowers, while our only judo player went out in the first round.

The women’s water polo team were beaten in their historical Olympic debut and the men’s hockey team also tasted defeat.

For a complete breakdown of how Team SA fared on Saturday, see below.

Cycling
Women's Road Race – 1pm (7.00am): There are two Team SA riders competing in the road race, Carla Oberholzer and Ashleigh Moolman-Pasio. Other countries, like Netherlands, Italy and Germany, have four riders in the field, which has 67 entrants over the 137km route. Defending Olympic champion and double world gold medallist Anna van der Breggen is the favourite.
Football
Men's Group A – 5pm (10.00am): David Notoane's team take on France in their second match of the Games. They held out for 70 minutes against hosts Japan in their opener and take on France in a must-win encounter at the Saitama Stadium. France were beaten 4-1 by Mexico in their opening game.
Gymnastics
Women's Artistic gymnastics – 11.55am (4.55am): There are four disciplines in the competition, this being sub-division two. They will start with vault, followed by uneven bars, balance beam and floor.
Hockey
Men's Pool B – 9.15pm (2.15pm): The action comes thick and fast with South Africa continuing their Olympic campaign with a game against the Netherlands at the Oi Hockey Stadium. The Netherlands lost their opening game 3-1 against Belgium on Saturday, while South Africa also lost 3-1 against Great Britain. However, SA played better than the final scoreline suggests. The other teams in their pool are Canada and Germany, the latter winning their game on Saturday.
Pool standings after 1 game: Belgium 3pts, Germany 3pts, Great Britain 3pts, South Africa 0 pts, Canada 0pts, Netherlands 0pts
Rowing
Men's Pair repechage – 9.40am (2.40am): Luc Daffarn and Jake Green finished fifth (out of five) in their heat at the Sea Forest Waterway on Satutrday and head into the repechage. There they will face crews from Belarus, Spain and France. The first three will progress to semi-final A/B
Men's Four repechage – 1.10pm (6.10am): The men's four of Lawrence Brittain, Kyle Schoonbee, John Smith and Sandro Torrente will have been bitterly disappointed by theri race on Saturday where the brought up the field. They had been seen as medal candidates. They have a chance to rebound here where the first two crews will advance to Final A, with the remaining crews to Final B. In opposition are Canada, Romania, Netherlands, Poland and Switzerland
Skateboarding
Men's Street – 8.30am (1.30am), Heat 1: Brandon Valjalo makes history as he becomes South Africa's first contest in his sport which is having its debut at an Olympic Games. Tha action happens at Ariake Park
Swimming
Women's 100m breaststroke, Heat 6 – 7.48pm (12.48pm): Tatjana Schoenmaker, the golden girl of the pool, takes to the water in the heats. Expect her to cruise into the semi-finals as she sets out to show why she has been touted by many to be the standout performer for Team SA at these Tokyo Games.
Men's 100m backstroke, Heat 5 – 8.01pm (1.01pm): Teenager Piete Coetzee makes his Olympic debut aged just 17 when he swims in lane one in the fifth heat. The fastest 16 swimmers from across all six heats will progress to the semi-finals
Surfing
Women's round 1, Heat – 11am (4.00am): Bianca Buitendag, Team SA's only surfing representative as the sport makes its Olympic debut, takes to the water at Tsurigasaki Surfing Beach. She is up against Sally Fitzgibbons (Australia), Brisa Hennessy (Costa Rica) and Mahina Maeda (Japan). The first two surfers in each heat advance to round three with the bottom two surfers going through to round two
Water polo
Men's Group A, preliminary round – 10.00am (3.00am): South Africa vs Italy. South Africa make their debut at the Olympics for the first time since Rome 1960. They face a tough baptism of fire against the No7-ranked team in the world. Also in the group are Hungary, Greece, United States and Japan.

More in this category: « Ashleigh Barty is out of Olympics after suffering a shock defeat to Sara Sorribes Tormo. France's Andre-Pierre Gignac scores hat-trick, assist in comeback win against South Africa. »
back to top