Christiaan Bezuidenhout loving being an Olympian. 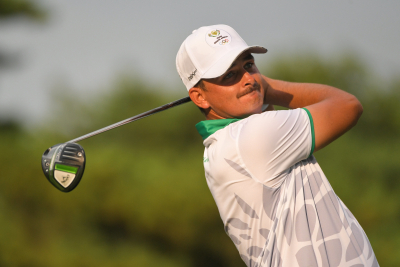 As Christiaan Bezuidenhout heads into the final round of the Olympic Golf competition leading Team South Africa's challenge, the Sunshine Tour star has said he cannot speak more highly of his Olympic experience, the Japanese hospitality, and the privilege it's been to represent his country on the greatest sporting stage of all.

"It's been great," Bezuidenhout said after his third round of 68 that places him tied 17th on seven under par and seven shots off the lead of American Xander Schauffele on 14 under par.

"Living in the (Olympic) village has been great. It's a cool experience to be part of the whole setup there and everyone involved there, all the athletes from different countries. All in all my experience has been great so far and it's been a privilege to be part of Team South Africa as well. The Japanese people are amazing. They're doing a great job hosting this in this difficult time as well. Everything has just been great."

Bezuidenhout has made steady progress in each round, but hasn't been able to find his best form on the greens at the Kasumigaseki Country Club in Tokyo.

"I haven't read them well this week. They're so perfect, so it's difficult to read them. I just didn't see the breaks. I mean, I've been hitting the ball well, so I'm just going to keep on doing that and give myself chances and hopefully the putter will warm-up."

Garrick Higgo broke par for the first time this week with his third round of 70, placing him tied 46th on one under going into Sunday's final round.

More in this category: « Chelius ends SA’s pool swimming programme on a high. Spain,Brazil,Japan,Mexico advance to Olympic semifinals in men's soccer. »
back to top