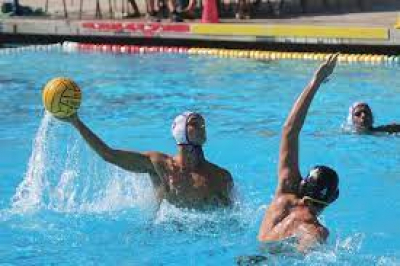 While neither the men’s nor women’s team managed to claim a victory, they left the Japanese capital satisfied with their performances, considering they were up against fully professional sides, and deeply inspired for what might be possible at the next Olympics in Paris in three years’ time.

The men’s teams went down to world champions Italy, the USA, European champions Hungary and Greece but saved their best for last – scoring nine goals in their defeat to hosts Japan.

"We are looking to be bold for the future as a country, this is our first Olympics since 1960. So, we are really happy to try to compete," said SA men’s goalkeeper Lwazi Madi.

It was a similar scenario in the women’s tournament with the South Africans losing out to European champions Spain, Canada and the Netherlands but then doing particularly well in their last match when they managed to restrict Australia to just 14 goals.

This was a first Olympic appearance for the South African women and coach Delaine Mentoor made history by being the first woman to coach a team at the Games.

"Coming in we had set goals and our big thing was to really break down the games and go chukka by chukka – or three minutes at a time actually. And based off that, especially in our last game against Australia, we achieved our goals," said Mentoor after the tournament came to an end.

"Yes, the overall results don’t reflect on how we actually played, but if you look back at South African polo in internationals at world champs – we really weren’t competitive. We could barely get out the pool, we had people sitting back on half way.

"The group of ladies we brought now were six on six, getting up within eight metres and within five metres. We had an attack, we could gain exclusions. We focused on the little things and seeing if it worked and it did and so from that perspective we were very happy. Then again, there’s so much to learn and that’s what we’ve taken away – that we’ve got to learn and grow. We’ve set new goals for ourselves so that’s where we are. We’ll use this to get better."

Mentoor added that Paris 2024 was now a massive goal for the team, many of whom are young enough to make that team. Captain Jordan Wedderburn is only 18 years old.

"For now we had six to eight months of preparation. If you look at Paris, we’ve got three years. So if you talk about inspiration, they are so inspired. Going into the Australian game, we were 1-0 in the first quarter. That’s incredible. We got better game by game so if we have all this time, with three years, so much can be done," said the coach.

"They are looking forward to it – they want to get back and they want to train. There are players that are back home thinking I could be there, I could be in Paris, let me start working. Everyone is so inspired and motivated, and I think this Olympics has had a lot to do with that. This has just been about how can we get better. They just want to get better and do better so at the moment we’re in a really good space."

More in this category: « South African athletes gear up for Thursday's olympic finals. South African swimmers end Tokyo Olympics Games on a high. »
back to top