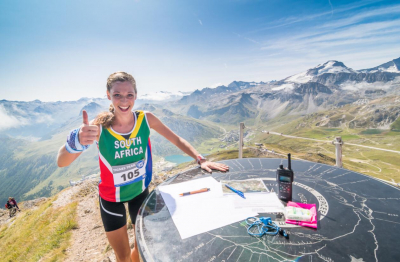 South Africa's top women produced a mixed bag of results in the longest of the distance running events at the Tokyo Olympic Games on Saturday.

In the morning session, Gerda Steyn took 15th position in the marathon race in 2:32:10. It was the best result by a South African in an Olympic marathon race since Hendrick Ramaala finished 12th in the men's event at the 2000 Sydney Games.

"I'm really happy with my 15th place today. I've never been so overwhelmed by support and well wishes, and I did it for everyone back in South Africa," Steyn said. "I know these are difficult times, so I hope this brings a bit of hope and something to smile about."

Irvette van Zyl was one of 15 athletes in the field of 88 runners who dropped out of the 42.2km race, which had been brought forward by an hour to try and combat the heat.

Lying more than three minutes off the pace, Van Zyl withdrew shortly after the halfway mark. Peres Jepchirchir of Kenya won the race in 2:27:20, with compatriot Brigid Kosgei taking second place in 2:27:36, and American athlete Molly Seidel rounded off the podium in 2:27:46.

The men's marathon team - Stephen Mokoka, Desmond Mokgobu and Elroy Gelant - will be the last members of the SA squad to compete at the Tokyo Games.

The race starts at midnight (SA time) on Sunday morning.

More in this category: « Curtain comes down on SA's Tokyo Olympic campaign as Jobodwana named flagbearer. Tokyo passes Olympic baton to Paris after imperfect,irrepressible games. »
back to top