eThekwini degenerated into a state of mismanagement, crime and grime. 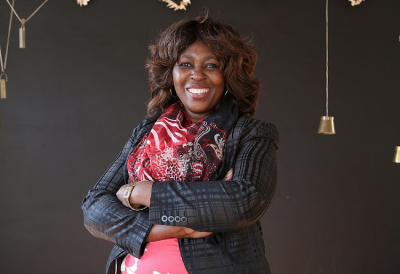 Makhosi Khoza writes that she standing for the mayorship of eThekwini because she is committed to steering the city towards ethical and decisive leadership that implements real measures to rejuvenate the city.

I was raised on the dusty streets of Sobantu in Pietermaritzburg, yet over the years, I've placed deep roots in eThekwini. It is the place I have come to call home, the place I raised my children, and a city bursting with potential.

There is a simple truth, the city of eThekwini has degenerated into a state of mismanagement, crime and grime, and crumbling service delivery.

Without immediate action, there is no guarantee that residents and their loved ones, will have a safe place to call home; an environment that will nurture them and allow them to reach their highest aspirations.

Today, I have humbly raised my hand as a Mayoral Candidate for eThekwini because the alarming decay of eThekwini must be arrested. That decay will not stop unless we have a fundamental change in the leadership of the city.

The city's current political 'leadership' has taken us for a ride - from grossly inaccurate billing to glacial turnaround times in addressing infrastructure and service delivery failures.

Regardless of where you live in eThekwini or your socio-economic circumstances, you feel the brunt of our failed local government. Worst still, it is clear that councillors in the city simply don't care.

In the increasingly cruel eThekwini municipal offices, it has become acceptable to leave whole communities without access to potable water or power for weeks on end. This is the plight of communities in Umlazi, KwaMakhutha and KwaXimba, to name just a few.

The municipality fairs no better in getting the basics of infrastructure maintenance right. Sewer systems are overburdened due to overpopulation and poor town planning. Municipal workers are not equipped to attend to blocked stormwater pipes, nor are they able to speedily deal with burst water leakages. In fact, the city doesn't have a water leak detection system. This means that ratepayers are often subjected to excessive bills that have no connection to their actual usage.

The nightmare faced by residents who have been subjected to inaccurate billing is harrowing. Residents are punished with rising interest charges and threats from the municipality without the city ever addressing its systemic failures. What were once the jewels of the city, abandoned buildings sprawled across the city have become hubs for criminal activity.

The city has failed to protect law-abiding and peace-loving residents from the dangerous group styling themselves as Amadela Ngokubona. Law enforcement in the city has allowed this group to demand percentage cuts on government contracts, threaten business owners, and disrupt infrastructure and housing projects when they feel they have not been sufficiently 'included' in the projects.

To be frank, the picture becomes increasingly grim as one continues to ponder the state of the city.

An overhaul is required

The neglect and glaring incompetence from politicians and city officials have stripped residents of the opportunity to live truly dignified and productive lives.

The city and its people will not thrive if the present chaos, poor planning and lawlessness continue to go unattended. An overhaul is required to clean up the city.

Since 1994, no election period has ever been more critical. The present broken system of politics has let all hardworking, ethical and law-abiding people of eThekwini down. Residents are desperate for change that will better their lives and the lives of their loved ones. For this to happen, every single resident must act vote in the election to bring about change.

I'm standing for the mayorship of eThekwini because I am committed to steering the city towards ethical and decisive leadership that implements real measures to rejuvenate the city; ensuring every cent of public money into the service delivery priorities of our communities and not the pockets of politicians and their cronies; I am standing to provide a clear plan for making it easier and safer for entrepreneurs to start their own business, stimulate investment in the economy and give our people the dignity of work.

These things may not happen overnight, but they can start immediately if every eThekwini resident takes action to elect a competent, caring, inclusive and ethical government committed to public service.

I implore every resident to take back their power and help rebuild the city of eThekwini.

More in this category: « A message from Graça Machel on the eve of Nelson Mandela International Day. South Africa has reached the recovery stage of the Covid-19 pandemic. »
back to top