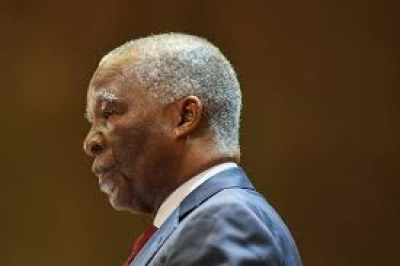 The founding conference of the Organisation of African Unity (OAU), held in Addis Ababa, Ethiopia, concluded its work on 25 May 1963. One of its decisions was that from then onwards, 25 May should be observed, certainly throughout Africa, as African Liberation Day.

It said that the day should be used "to organise popular demonstrations on that day and to disseminate the recommendations of the Summit conference."

Following a decision of the founding conference of the African Union (AU,) which succeeded the OAU, since 2003, 25 May has been observed as Africa Day.

One of the participants at the inaugural OAU Conference was President Ahmed Ben Bella of Algeria, whose country had gained its independence in July 1962, less than a year before the establishment of the OAU.

That independence came after a war of liberation from France, which the Algerian people, led by the Front de Libération National (FLN), had fought with unequalled courage and willingness to sacrifice. Some estimates say that at least half-a-million Algerians were killed during the war.

The French fought the Algerians with extreme brutality, determined that they would not accept a second defeat by national liberation forces, soon after they had suffered this fate in Vietnam.

It is clear that when he spoke at the founding conference of the OAU, Ahmed Ben Bella, one of the founders and leaders of the FLN, had that challenging struggle for the liberation of his country very fresh in his mind. In his address in Addis Ababa he said, among other things:

"There has been talk of a Development Bank. Why have we not talked of setting up a blood bank? A blood bank to help those who are fighting in Angola and all over Africa…Today, we are discussing Africa's economic problems. I very much fear that everything we are proposing to do in this domain may be reduced to straightforward agreements enabling us to feed our people better. We have no right to think of filling our bellies when our brothers are still dying in Angola, Mozambique and South Africa."

It was inevitable that with such stirring presentations, adding to what Kwame Nkrumah had said many years earlier that Ghana would not be free until all of Africa was free, the OAU could not but designate 25 May as African Liberation Day, and characterise it as a day of struggle for liberation.

By the time the AU was formed in 2002, Africa was free from colonial and apartheid oppression, except for the persisting case of Western Sahara. The fact that its inaugural conference was held in erstwhile apartheid South Africa emphasised the fact of this new reality on our continent. The AU was therefore justified to re-designate African Liberation Day as Africa Day.

It said it was the task of the now decolonised Africa and its Union to focus on the struggle to achieve "an integrated, prosperous and peaceful Africa, driven by its own citizens and representing a dynamic force in the global arena."

In 2013 the AU celebrated the 50th anniversary of the foundation of the OAU. It said in a Solemn Declaration that as the primary organisation of the continent and the peoples of Africa, it would discharge its responsibilities informed by the ideas of Pan-Africanism and the African Renaissance.

The OAU was correct when it said that any day dedicated to Africa, such as 25 May, must be used to focus on advancing the goals the continent has set itself. This did not change when African Liberation Day became Africa Day.

Assisted by leaders and activists from our continent and elsewhere in the world, we established the Thabo Mbeki Foundation (TMF) in 2010. During the same year, even before its formal launch, the foundation decided that it should respect the call made by Africa's political leaders in 1963 and therefore join in using Africa Day, 25 May, to help advance the continent's objectives.

In this regard, the foundation was, and is, of the view that a vitally important element in terms of advancing those objectives is the need constantly to conduct a critical and honest assessment of the state of the African Union and the continent.

This should be done to help ensure that Africa is indeed progressing towards the achievement of its Pan-Africanist goals and simultaneously, its renaissance.

The foundation therefore decided that it would mark Africa Day every year by hosting a lecture which, whatever the specific subject the lecturer would address, would fall within the process of a critical and honest assessment of the state of the African Union and the continent.

We are very pleased and honoured that every year since 2010, we have had the privilege to host some of Africa's most eminent thought leaders as our esteemed lecturers.

To help achieve the set goals, the foundation has done its best to ensure that the electronic media helps to broadcast each of the lectures so that, at least, they reach as many Africans as possible, both on our continent and the African diaspora.

During a number of centuries, Africa has been victim to very destructive, painful and dehumanising experiences. These include the periods of slavery, imperialism and colonialism, and neo-colonialism. Our continent continues to carry deep scars from these periods and remains with the task of eradicating their legacy.

For Africa to succeed in its efforts to achieve its renaissance, given this entrenched reality, demands strategic thinking to set the necessary tasks correctly, build and mobilise the forces to carry out these tasks, elaborate the ways and means to overcome difficulties that may arise, and help ensure that Africa's engagement with the global community facilitates the achievement of the continent's objectives.

Our successive lecturers have made important comments, observations and suggestions exactly to add to this process of strategic thinking about what Africa must do.

As we mark the 20th Anniversary of the AU, we are confident that Professor Toyin Falola's contribution as lecturer at this year's 12th Thabo Mbeki Africa Day Lecture on 27 May 2022, will follow in the same tradition of intellectual rigour.

The task remains that all us must work to achieve "an integrated, prosperous and peaceful Africa, driven by its own citizens and representing a dynamic force in the global arena."

More in this category: « Resurgence of Covid-19 cases will test government new pandemic restrictions.
back to top