The Bitter War between the Law and Politics Will see No Winners. 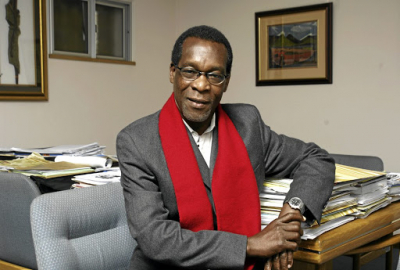 The Media, TV and radio, have profiled me as a “Constitutional Law Expert” and “Political Analyst”. I respect the adulation, whether I am deserving of it or not. However, what compels me more to write this opinion piece is my responsibility as a citizen. The Constitution enshrines the rights, duties and responsibilities for all citizens.

The nation is in a state of uncertainty. President Cyril Ramaphosa seems to be caught and overwhelmed by the bitter war of law and politics ignited by the erstwhile Public Protector, Advocate Thuli Madonsela’s report entitled ‘State Capture’. The new post-1994 South Africa requires all its citizens to wake up and help chart a realistic way forward. The future is more important than the past and the present.

The incumbent Public Protector, Advocate Busisiwe Mkhwebane, who was appointed through rigorous public process, is facing fierce attacks from the left and the right by some lawyers, politicians, some sections of the media, and even a few members of the judiciary. This has been because of her continuing to ensure implementation of findings, recommendations and remedial actions arising from the ‘State Capture’ report and the new connected reports of the Constitutional office she rightly occupies. It is reported that the ANC is organising a protest march to the Public Protector’s office. In my view, the concerted assault on the Public Protector smells of sexism. Women leaders are seemingly challenging hegemonic male governance in the country. The reality is that building a constitutional democracy in South Africa is under attack.

The broader context is the shocking revelations from the State Capture Commission of Inquiry that is being chaired by the Deputy Chief Justice, Raymond Zondo. More will emerge.

The State Capture Commission of Inquiry provided former president Jacob Zuma a golden opportunity to present himself and testify. Zuma went beyond what was required of him and revealed horrifying information about the African National Congress (ANC) during the liberation struggle and activities after 1994 when it became the majority ruling party. He dodged and ducked the real issues so much so that his credibility and that of the ANC are now called into question.

He labelled several of his comrades ‘spies’ for the Apartheid regime and it is unlikely that they will take that aspersion lying down. It is more than likely that they will take him to court for defamation in order to defend their reputations. At the time of writing this opinion, former Cabinet minister and prominent ANC member, Derek Hanekom, a stalwart in the liberation has already initiated legal action against Jacob Zuma. We can expect to see many more cases in court in respect hereto.

President Ramaphosa is wrong in trying to present himself as an authoritative interpreter of the Constitution and the law, more specifically, the Public Protector Act and the Executive Code of Ethics and regulation under the Executive Members’ Ethics Act (1998) as well as the National Assembly Rules that require declarations by members of the Assembly. At the time of campaigning for the elections, the ANC, he was an executive member and a member of the National Assembly.

In dithering to implement the remedial action recommended by the Public Protector regarding the current minister for Public Enterprises, Pravin Gordham, who flouted the law when he approved the irregular appointment at the South African Revenue Service (SARS). All the president should have done was to assure the Public Protector and the public that he will act timeously and without delay, as soon as Gordham’s case is finalized in court.

The Public Protector, Advocate Busisiwe Mkhwebane, has been excoriated for carrying out her constitutionally mandated work. The attacks are personalised and there are, currently, two court rulings requiring her to personally pay portions of the court costs. She should challenge these on appeal. Such acts have a chilling effect on the work of the Public Protector and are in violation of Section 181 (3) of the Constitution.

It is my considered opinion that President Ramaphosa is right to ask that all information in the CR17 emails be kept confidential and not be disclosed. The mandate of the State Capture Commission of Inquiry is limited. Disclosure of all the private donations and other private financial details of President Ramaphosa are unlawful. However, what happens in the Ramaphosa case might apply to many other people as well. The Right to Freedom to privacy of their communications may be infringed upon as protected vide Section 14 (d) of the Constitution.

Last, but certainly not least, the Independent Electoral Commission should speed up the process of making recommendations for drafting, passing and promulgation of a new legislation that will require those seeking electoral positions to declare their sources of funding. In addition, those who fund politicians’ campaigns should also be required to make similar declarations.

The Constitution provides for the handling of many of the scenarios we are facing and those we are likely to face as a nation. The proper interpretation and implementation of the Constitution, other relevant statutes and regulations, will help the nation avoid the legal quagmire we seem to be drowning in now while ignoring the lifelines already available to us.

More in this category: « Mandela Day: The Next Chapter What challenges do SA and German journalism both face? The Future of Journalism,a series by the Goethe-Institut SA. »
back to top