An Unconstitutional Guardian of the Constitution:Painfully Laughable. 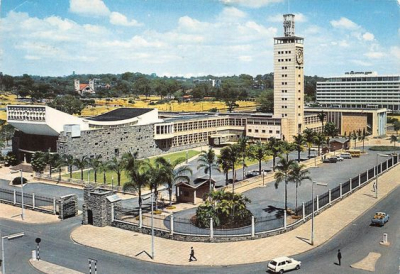 The rights of women are not only acknowledged and recognized by nations, they are rights mandated by our constitutions and a myriad international instruments and declarations such as the Beijing Platform for Action and the Maputo Protocol. The narratives about gender equality and social justice are not new, and yet one might be forgiven for categorizing them with the proverbial pot that is put on the back burner and forgotten.

On Monday the 21st of September 2020, Kenya’s Chief Justice, David Maraga, advised President Uhuru Kenyatta to dissolve parliament, saying lawmakers had failed to meet a 2010 constitutional provision which allows for one-third of seats to be occupied by women. Not surprisingly, the chief justice’s move upset many male parliamentarians, including the speaker of the house, who said it was unlawful, ill-advised, and premature and would plunge the East African nation into a constitutional crisis.

My response to the speaker of the house is that continuing to have a parliament that is unconstitutionally constituted is, in itself, a contributory factor to a catastrophe that goes way beyond the constitutional predicament. It is a human right violation.The response of the speaker of the house was akin to saying that if freedom fighters fight for a just cause, they will plunge a nation into a crisis. Perhaps it is time to wake up and smell the world-acclaimed Kenyan coffee.

In a country which might be lauded for diligently observing the rule of law, Kenya’s High Court suspended any move to dissolve the parliament after the country’s top judge said it was necessary as neither of the legislative houses had enough women lawmakers.

Let me break this down for ease of reference:

The role of Parliament, as the representative of the people, is to promote and oversee adherence to the values of human dignity, equality, non-racialism, non-sexism, and all other rights enshrined in the Constitution, and to oversee the implementation of constitutional imperatives.

The Kenyan constitution is replete with amendments that came by way of referendum in 2010. The failure by parliament and the unwillingness or refusal by the president to heed the call of the chief justice are, therefore, tantamount to deviating from the express voice of the Kenyan populace.

Under Kenyan law, once parliament is dissolved, elections must take place within 90 days. The idea of having elections in Kenya still strikes fear in the hearts of many and a ‘let’s wait and see what happens’ stance from investors, regional and global business partners. It seems that the embers of  2007/8 “Kenya Burning” have not completely gone cold.

In response to a petition challenging Maraga’s advisory, the High Court suspended any move to dissolve parliament pending a full hearing on the case. “I have carefully considered the petition and find that it raises substantial questions of law,” wrote High Court Justice Weldon Korir in his judgment, ordering a hearing.

Women hold 22% of seats in the country’s lower house of parliament, and 31% in the upper house. Kenya’s 2010 constitution states no more than two-thirds of any elected or appointed body can be of the same gender.

In the advisory to Kenyatta, Maraga said the failure to enact the legislation was clear testimony of lawmakers’ “lackadaisical attitude and conduct” in relation to the two-thirds gender rule.

A panel of appointed judges will hear the petition on Oct. 7. Should the High Court ruling be guided by the Chief Justice’s advisory, this will be an unparalleled victory for women in Kenya and globally. If it does not, it is my hope that the matter will go on to the Supreme Court. Further, I hope that the highest court of the land will uphold justice and make that most important statement, one which is found in the organization registered in Guinea and the UK by Rainatou Sow, Make Every Woman Count and one that was made at the dawn of the African Women’s Decade,

When those women take their rightful place at the negotiating table, in the parliament and in leadership positions across society, we can unleash Africa's enormous potential. ~ Ban Ki-moon , UN Secretary-General.

Will Kenya take the lead, in 2020, the year in which we are celebrating 25 years post-Beijing, to uphold the principles and the values espoused in the Beijing Declaration and Platform for Action? Will the Kenyan judicial system uphold the provisions of the Constitution, the highest law of the land?

I am tempted to write a book, a poem, a declaration, something, to lighten my heavy heart as I await the hearing of the High Court on the 7th of October 2020. But wait, stories have already been written. Yes, 55 women from 23 African countries have written a collection of stories under the title of Write To Speak, edited by Ambassador Nozipho January-Bardill and Rose Ssali. These stories, such as the poignant one by Ayisha Osori entitled Love Does not Win Elections, are of triumphs despite the cultural, traditional and institutional constraints. I hope that the 7th of October 2020 will go down in history as the day when, finally, we celebrate a new dawn in the pursuit of social justice and gender equality, globally.

More in this category: « Why Brand Integrity and Authenticity should be your core digital strategy. How African Government Can Unlock Private Sector Financing To Help Address Infrastructure Deficits? »
back to top