IF media were the voice of South Africa, the Economic Freedom Fighters would govern with a large majority. 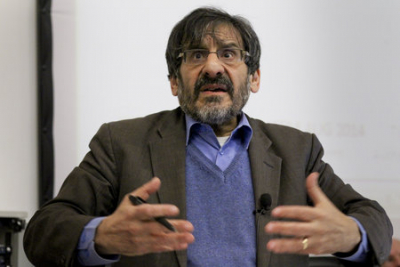 Steven Friedman is Director of the Centre for the Study of Democracy at Rhodes University and the University of Johannesburg. He is a political scientist who has specialized in the study of democracy. He researched and wrote widely on the South African transition to democracy both before and after the elections of 1994 and has, over the past decade, largely written on the relationship between democracy on the one hand, social inequality and economic growth on the other. In particular, he has stressed the role of citizen voice in strengthening democracy and promoting equality.

The EFF effect – far greater popularity on social media and among an adoring corps of political reporters than among voters – illustrates a point which is often forgotten when South Africans assess new political parties: media exposure does not necessarily mean votes. This is why parties formed by high-profile personalities usually win only a fraction of the votes expected of them. And it is a point which needs to be borne in mind when we consider the likely prospects of former Johannesburg mayor Herman Mashaba’s ActionSA Party – and when we hear that former Democratic Alliance leader Mmusi Maimane might form his own party.

There are obvious reasons why ActionSA is being talked up at the moment. The most obvious of these is that the African National Congress is not the vote-winner it once was. The ANC retains substantial support among trade union members and people who live in poverty – this is why it remains the governing party, around 37 percentage points ahead of its nearest rival in last year’s general election. But it has, by its own admission, lost much of the black middle class. This became clear in the 2014 election and the trend has continued. This obviously means that black middle-class voters may be willing to support a new party.

This possibility is enhanced by the second reason why ActionSA’s prospects seem good: black middle-class voters have not found a political home (much the same could be said of former ANC voters who are not middle-class, many of whom prefer to stay at home rather than vote for another party). The DA never managed to win the support of many black voters, middle class or otherwise, and its very slim prospects of doing this have faded away almost entirely as the party has increasingly returned to its roots as the party of white English speakers in the suburbs. Its failure to accommodate black leadership may have alienated ex-ANC voters who are looking for a new home and its recent all-out attempt to anger politically aware black people makes it a very unlikely home for voters who once supported the ANC.

The obvious home for these voters would seem to be the EFF but, for a variety of reasons, it has not gained much traction. On one level this is strange because, despite its efforts to project itself as a party of the people, the EFF is, at heart, a middle-class party: a recent survey found that, on average, EFF supporters have more qualifications and a bigger income than most ANC voters. Its stress on continued racism in supposedly non-racial South Africa should strike a chord with black middle class voters in particular since they often feel that, while they have qualifications and opportunities that their parents and grandparents did not have, they encounter much the same racial attitudes as they did. But it is not that strange when we consider how much effort the EFF devotes to behaving as if it is not a middle-class party.

Former ANC voters do not seem to find a potential home in any of the other parties either: it is quite common to hear middle-class black people complaining that they feel they have no political home. Many insist that they vote reluctantly for the party they think will do the least damage rather than one which they expect to make a positive difference – if, of course, they vote at all. In theory, these voters should be interested in a new party with credible leadership.

This raises another reason why much is expected of ActionSA. Mashaba is a popular figure in the media, social and otherwise. His personal history as a successful businessman despite apartheid restrictions counts in his favour and he is seen by many admirers to have done a good job as mayor. It is open to debate whether this reputation is deserved. There is no evidence that Joburg was better run under Mashaba than under the ANC. The popular belief that Mashaba cracked down on corruption is also not as clear as it seems: newspaper reports during his term as mayor alleged that his administration was turning a blind eye to corruption by smaller parties because it needed their support to remain in office. It may well be that he owes his reputation largely to the fact that he formed a good working relationship with the EFF, which has, as mentioned earlier, far greater influence in the media than among voters and which, because it got on so well with Mashaba, tended to sing his praises in public. For some, the least appealing aspect of Mashaba’s politics is his ceaseless campaign against immigrants, particularly from elsewhere in Africa, although that might, of course, be a plus for him if we bear in mind how strong anti-immigrant sentiment is in this country.

Whether or not Mashaba deserves the popularity, he clearly has developed a following in the media and is therefore seen as the leader of an emerging political force. Since Maimane has not yet formed a party, we don’t know whether he would be received in the same way. He probably would not- the media consensus seems to be that Mashaba is more of a political heavyweight, which is itself odd since Maimane has been engaged in party politics for far longer than he has. But, even if Maimane is not as popular as Mashaba, we can expect his party, too, to attract a fair amount of favourable attention.

Despite all of this, it seems unlikely that either Mashaba or Maimane will make much of an impact with voters. The reason can be summed up in a single word -networks.

To explain what this means, we need to remember that Mashaba is not the first celebrity figure to form a party amid great expectations. The most obvious example is Mamphele Ramphele, who was an established national figure when she formed Agang. Then, too, it was common to hear that a new political force had been born which would change party politics. None of this happened, and the reason surely goes deeper than Ramphele’s decision to make herself available as the DA’s presidential candidate. Even before she did this, there were clear signs that Agang was not taking off. A less famous example is Makhosi Khoza. While she may not have enjoyed Ramphele’s celebrity status, she built a strong reputation in the media for opposing Jacob Zuma and his faction. When she left the ANC to form the African Democratic Movement for Change, she too was expected to make a real difference. The party, of course, never got off the ground: Khoza quickly dumped it to join an NGO and is
now a member of ActionSA’s leadership group.

To add to the picture, far less likely politicians have formed parties which won enough votes to ensure seats in Parliament, provincial legislatures and municipalities. Bantu Holomisa’s UDM began life in a similar fashion to Ramphele and Khoza’s parties: because he formed it with former National Party chief negotiator Roelf Meyer, it was meant to be an unstoppable non-racial force. It wasn’t but, unlike the other two, it has survived, kept enough seats in Parliament to be a going concern and has also controlled a municipality or two. Zanele Magwaza-Msibi was hardly seen as a formidable figure when she left the Inkatha Freedom Party to form the National Freedom Party, but it did better than the UDM, winning more seats in Parliament and control of several rural KwaZulu Natal municipalities before it ran into trouble. Patricia de Lille’s GOOD and Mzwanele Manyi’s African Transformation Movement have also won enough vote to gain seats in Parliament and to remain a political presence.

So, what did Holomisa, Magwaza- Msibi, de Lille and Manyi have that Mashaba (and Maimane) do not have? Networks.

To win votes, it is not enough to be popular in the media. You also need a presence on the ground – people who are known in the areas they live and who can persuade people to vote for you. Networks are also important in making sure that people who want to vote for you can – that means making sure that they are registered, that they know where their voting station is and that they are transported to it if they can’t get there on their own. Networks are what gives a party a living presence among voters and turns popularity into votes.

This explains why the EFF was able to turn media attention into votes (even if it has never achieved anywhere near the number of votes its media admirers expect): it took many of the networks of the ANC Youth League with it. Holomisa has relied on networks in his home base, Mthatha – so effective are they that at one stage its share of the vote outside the Eastern Cape depended almost entirely on how many people from Mthatha were working in that area. Magwaza-Msibi took with her important IFP networks, de Lille has access to networks on the Cape Flats and the ATM relied on the networks of a church whose pastor is its official leader.

But what networks will Mashaba be able to call on? Like Maimane, if he goes ahead with his party, the former mayor has a problem: they have no networks available to them. Maimane may have some since he is also a pastor and may be able to call on church links. But Mashaba may well be on his own.

The reason for this lies in the way the DA has handled black leadership. Black people who occupied leadership positions were either, like Mashaba, recruited directly by its leadership, or like Maimane, chosen by the leadership when it wanted to reach out to black voters. This means that neither developed a strong following within the DA’s branches. A look at the DA’s internal elections tells an interesting story: if black candidates run against white ones,the white ones win – unless the party’s leadership signal that they support the black candidate. The reason is that the branches are still dominated by the traditional DA leadership and it is they which send delegates to vote at conference. So, DA black leaders do not command the support of branches which could provide them with the networks they need to make it on their own. Mashaba and Maimane take no DA networks with them because they were never in control of any.

The only prominent DA figure to join ActionSA is former Gauteng leader John Moodey and it is not at all clear that he brings any branches with him. Nor has Mashaba recruited people with networks – his most prominent ex-ANC recruits are Khoza, whose lack of networks was mentioned earlier, and Vytjie Mentor, who has been in the political wilderness for a while and would surely have activated networks by now if she had any. Nor is there any sign that he can call on churches or any other organisations which might offer the networks he needs.

So, unless Mashaba has hidden networks whose presence is still to be revealed, the chances are that, for all his media attention, ActionSA will disappoint those who see it as a powerful force for change in this country’s politics.

More in this category: « Urgent Call for Sustainable Healthcare Reforms in Africa Amidst the COVID-19 Crisis. Christmas message by Deputy President David Mabuza. »
back to top