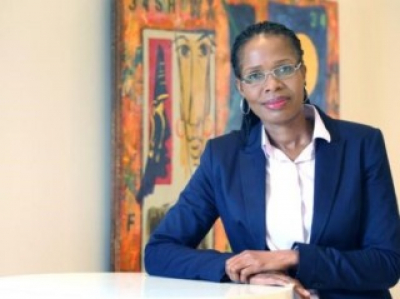 The most pertinent question from the ordinary South African is, will the minister increase our taxes? The fear of the increase in tax is justified if one looks at the limited options that government has with the low economic output and resultant low revenue.

Though not a popular option, and politically charged, the plain fact is government might need to increase VAT. Consumer confidence and household incomes are at historic low levels so this would not help consumer spending. Consumption expenditure is a substantial contributor to GDP, so it matters. Personal income tax thresholds in South Africa are at the high end with the tax base being quite small. This will have shrunk even further with retrenchments and salary cuts that have been implemented to keep companies going.

Options other than tax

Squeezing the tax base further is something that should be a last resort. Perhaps one avenue the minister needs to look at other than reducing government expenditure is to reduce the drain from the system through corruption and wastage by government departments. Higher tax rates will bolster revenue which government needs to finance the necessary expenditure without incurring debt, as well as servicing existing debt. On the other hand, if both corporate and personal tax go up, it means that corporates will spend less on necessary investment, and for at risk businesses it would lead to them cutting back on their labour force. It also puts pressure on consumer's disposable income and spending. VAT is a regressive tax, so the lower income and vulnerable households will be more negatively impacted through items that are not zero rated.

There are some positives consumers can expect:

Broadly speaking we always talk about the budget taking place against a backdrop of tough economic conditions; none of us can recall when last these words were so apt. This all takes place when the global economy is forecast to have shrunk by -3,5 % in 2020. It is projected to grow by 5,5% in 2021. The South African economy on the other hand will shrink by -7,1% in 2020 and recover to 3,6% during 2021. While the growth rate is good news the output level is likely not to be at the same level as that of 2019, which means that its simply base effects coming into play. Both the government and the private sector have not spent as much on investment as they did in 2019, this because of low confidence and disruptions to the normal business cycle as a result of COVID-19 related lockdowns.

During the 2020 budget, Government debt levels were projected to come down steadily over time. We now know that this will not be the case. The minister is more likely to announce even higher debt levels than was even projected during the special budget in October last year. With high debt levels comes higher debt servicing costs which further reduces revenue that could be spent elsewhere.

Bringing balance to the economy

The minister's speech on the 24th of February will hopefully bring some clarity to what steps the government plans on taking to address the key issues facing the economy.

The balance that the government will be forced to strike against this is to reduce expenditure; and this will include proposals to reduce the government's wage bill. This has never proved easy to implement in practice, the October proposals to lower the salary bill must still be implemented. As mentioned earlier this type of medicine is far from popular.

This article does not constitute tax, legal, financial, regulatory, accounting, technical or other advice.  The material has been created for information purpose only and does not contain any personal recommendations. While every care has been taken in preparing this material, no member of Liberty gives any representation, warranty or undertaking and accepts no responsibility or liability as to the accuracy, or completeness, of the information presented. Liberty Group Limited is a Licensed Insurer and an Authorised Financial Services Provider (no 2409).

More in this category: « Christmas message by Deputy President David Mabuza. Traditional leaders have pioneered their own approach to local economic development. »
back to top