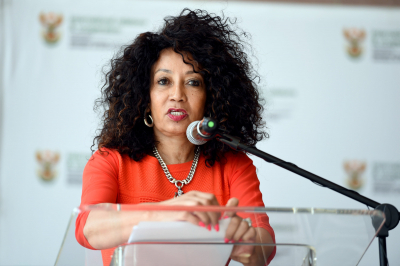 The UK is set to remove South Africa from a list of countries in their red list, thus opening British travellers to visit South Africa without requiring hotel quarantine upon return. The decision is with effect from Monday, 11 October 2021.

The removal of South Africa from the red list follows multi-stakeholder engagements between the two countries.

"We are delighted to see the UK restrictions on travel to South Africa lifted, following a successful vaccine rollout in South Africa and continued decline in new COVID-19 cases.

"We look forward to welcoming our British visitors in time for the South African summer season and we will continue to work tirelessly with all our national and international partners to ensure the success of South Africa’s tourism recovery," Sisulu said in a statement on Thursday.

The tourism sector industry directly employs 657,000 people, 87% of whom come from disadvantaged backgrounds.  The Minister said South Africa remains open for international travel, with ease of air travel connectivity to all major cities and the rest of the Southern African region.

"The Department of Health brought the Electronic Vaccination System online on 5 October and the digital vaccine certificate can be used to facilitate travel, access to establishments and gatherings and other forms of activity that require proof of vaccination status," said the Ministry of Tourism.

Tourism is one of South Africa’s key contributors to the economy. The ministry said the UK plays an important role towards South Africa’s economic recovery as the biggest source market for tourism arrivals into South Africa.

Meanwhile a consumer study conducted by South African Tourism and YouGov in March 2021 showed that the British public’s intent to travel to the destination remained stable despite a turbulent year.

"With trends showing that the post-COVID traveller is looking to take more meaningful, responsible trips in the future, 2021and 2022 will see travellers choosing to make a positive impact in the way they travel.

"Travellers to South Africa can be assured that their travel to our destination will not only be unforgettable as they come to enjoy authentic and immersive experiences of our country but positively benefit local communities. This, coupled with our responsible tourism standards, and conservation efforts and protecting our natural landscapes, makes South Africa a perfect destination for the British intrepid traveller, "said Sisulu.