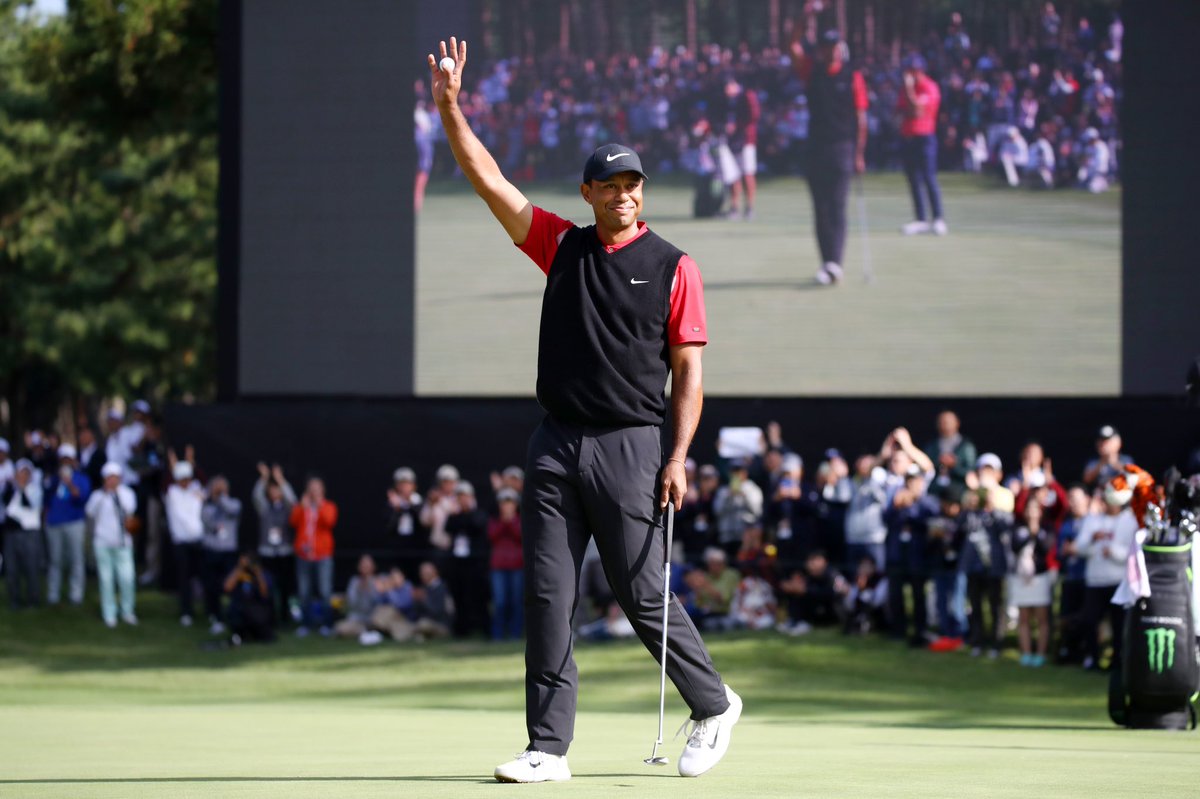 Bad weather meant the leaders had to finish on Monday with Woods having seven holes left of his fourth round. It was the second title of the year for Woods, who won the Masters in April, his 15th major. Snead, who died in 2002 aged 89, won the last of his titles in 1965.

Woods won his first title in 1996 in Las Vegas, with his first major coming at the Masters the following year.

Woods, who has had four back surgeries, said: “This was a big win. It’s just crazy. It’s a lot. I’ve been consistent most of my career. Today was one of those days when I was able to pull it out.”

It’s an honor to be tied with Sam Snead for most wins in @PGATOUR history. Thanks Mom and Pop and everyone who helped make this possible. Hideki put up an amazing fight on his home soil, but to do this in Japan is something I’ll never forget. It’s been an awesome year. pic.twitter.com/m9ICuVyJmX

Tweet
More in this category: « Watch:Springboks saying Thank You SA from inside the changeroom after their win against Wales. Roger Federer has withdrawn from the Paris Masters. »
back to top