Banyana Banyana to start their defence of their COSAFA Cup Title 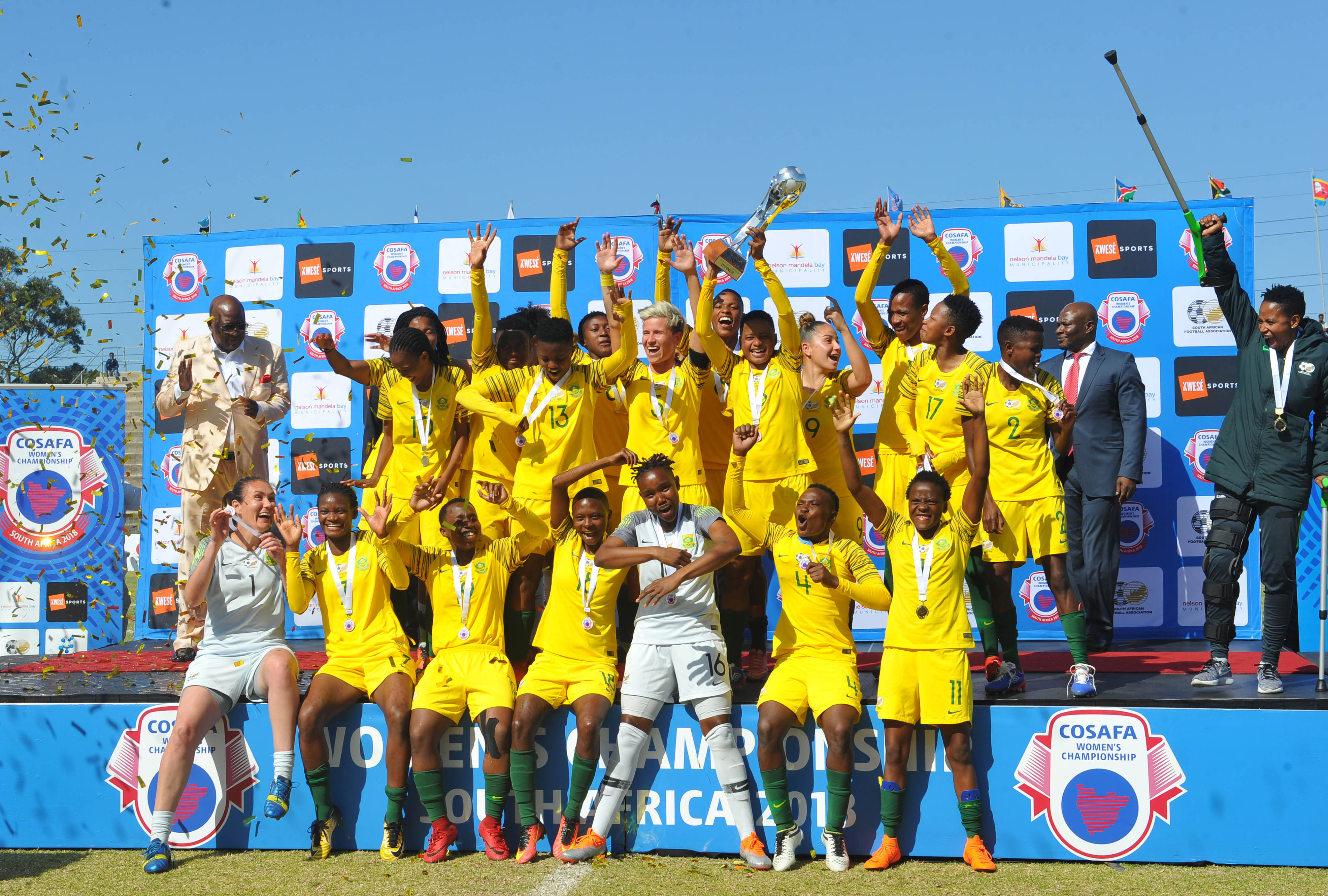 The 2019 COSAFA Women’s Championship starts tomorrow, 31 July and runs until 11 August. South Africa will take on Comoros in their opening match.

Coach Desiree Ellis announced 20 players for the tournament, six of them were not at the 2019 FIFA Women’s World Cup in France.

The other trio has been in the national team before – Hilda Magaia (TUT-PTA), Robyn Moodaly of JVW FC and Ongeziwe Dlangisa (Durban University of Technology – KZN).

Banyana Banyana and the Comoros Islands are in Group A, together with, Malawi and Madagascar.

Zambia, Namibia, Mauritius and Botswana are in Group B, while Zimbabwe, Mozambique, Angola and Eswatini are in Group C.

Only the top team in each pool advances to the semifinals, along with the best second-place finisher.