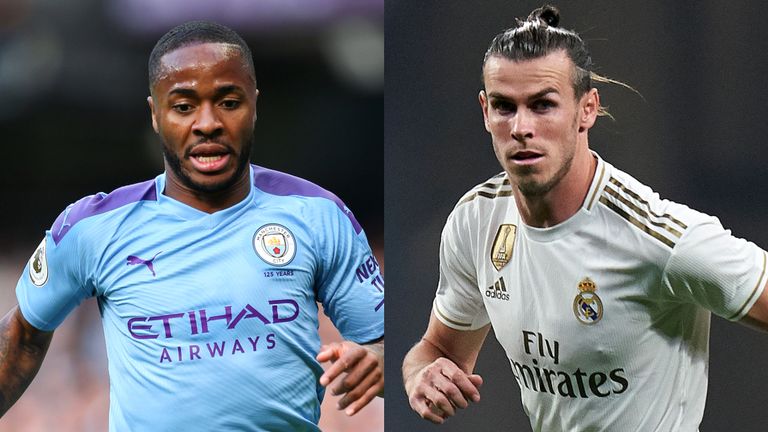 Real Madrid are preparing an offer to Manchester City of Gareth Bale plus £70m in exchange for Raheem Sterling.

Sky Sports has reported that representatives from Real will travel to watch Sterling's performances for England next month, at home to Montenegro and away to Kosovo, before deciding on the final details of a proposal to City.

Sterling's representatives met with Real's general director Jose Angel Sanchez in the summer in a failed bid to tempt City's forward to the Bernabeu.

City manager Pep Guardiola, is understood to have little interest in signing the 30-year old Welshman.

Equally, if Bale chooses to remain with Real, then Perez will have to part with a figure close to the world record £200m paid to Barcelona by Paris Saint-Germain for Neymar.

Sterling has made no secret of his desire to play in La Liga but with more reports on Monday in Spain that Bale wants to bring an end to his time in La Liga, Perez believes a bold deal, involving two of the biggest names in world football, could potentially be agreed with City.

Real's interest in Sterling is well known behind the scenes at the Etihad. For their part City are desperate to keep hold of the player they bought from Liverpool in 2015 for £49m - a then-record for an English player.

Tweet
More in this category: « Picture of the week: Athletics South Africa (ASA) Preparation Squad for the 2020 Olympic Games in Tokyo, Japan. »
back to top