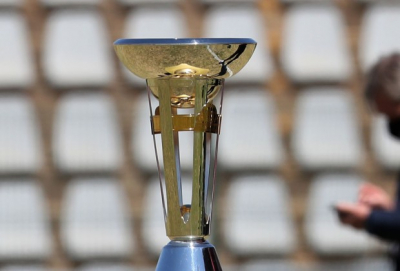 Judgment has been handed in the much-anticipated GladAfrica Championship promotion case involving Sekhukhune United,Polokwane City and Royal AM at the Johannesburg High Court on Saturday.

Judge Roland Sutherland upheld an earlier ruling by the SAFA Arbitration process which had awarded three points to the Limpopo side, which now puts United at the summit of the GladAfrica Championship making them the winners of the competition with a straight promotion to the DSTV Premiership.

The PSL responded almost immediately, on Saturday afternoon releasing a press release with the update log that has Sekhukhune as NFD champions at the top.

In a further press release the PSL stated: "These [arbitration] awards where challenged by Polokwane City and TS Sporting [in a separate matter]. Neither challenge was upheld.

While the PSL DC found Polokwane City guilty and deducted the three points they had irregularly secured against Sekhukhune, they decided not to award those point to the opposing team, as it had done so in similar previous cases.

This prompted Ba Bina Noko to lodge an appeal against the PSL DC’s decision, the results of which was a decision by arbitration to award the three points and three goals to United, a few days before the final round of matches which would decide which team between Royal AM and United would gain straight promotion to the DSTV Premiership.

However, the PSL Executive Committee, subsequently, challenged the decision by arbitration, refusing to award the points and the goals to Sekhukhune United. The decision was to the benefit of Royal AM who went into their final match against Cape Town All-Stars at the top of the first division log. They went on to win their final match after being awarded a much-talked-about soft penalty in the final stage of their decisive match even though the PSL didn’t hand the trophy and medal citing that they had been served with court papers.

The NFD campaign ended a few weeks ago but the PSL is yet to crown the second-tier champions because this case was pending.

The consequence is that Sekhukhune United Football Club have secured automatic promotion to the DStv Premiership for next season, while Chippa United, Royal AM, and Richards Bay Football Clubs will contest the promotion/relegation play offs which will commence on June 15.

The next step in the appeal process for Royal or Polokwane would be to approach either the SA supreme court or the Court of Arbitration for Sport in Switzerland.