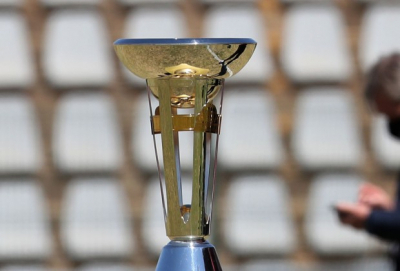 The relegation/promotion playoffs, scheduled to start on Tuesday, have been postponed.  This is after the Gauteng Supreme Court ruled in favour of Royal AM who had filed for an urgent interdict to stop them from happening.

Royal AM felt the play-offs should not continue while they were lodging an appeal against a high court ruling that declared Sekhukhune United as winners of the GladAfrica Championship on Saturday.

The Supreme Court’s ruling was announced late on Monday night, less than 24 hours before the first playoff game between Richards Bay FC and Royal AM was supposed to kick off. This ruling also means the start of the new DStv Premiership season may be delayed.

A high court had on Saturday ruled in favour of Sekhukhune United, declaring them as winners of the 2020/21 Championship and automatic promotion to the Premiership. But Shauwn Mkhize, nee Mpisane filed an appeal at the Supreme Court. She later filed an urgent interdict against the playoffs.

Speaking at an event organised by the Ethekwini Metro in Durban to honour their professional clubs on Friday last week, Mkhize said she was prepared to go all the way fighting against this.

"I will exhaust every legal avenue if I have to because we won it fairly on the field. Those who want to win it in boardrooms, I don’t know about them," Mkhize said.

The first match was scheduled to take place today at 15h00 at the Umhlathuze Sports Stadium.

More in this category: « Lionel Messi scores stunner, but Chile nab 1-1 draw at Copa America. Orlando Stadium to host CBL Cup between Kaizer Chiefs and Orlando Pirates. »
back to top