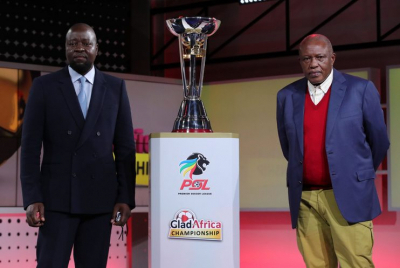 The Premier Soccer League (PSL) have released a statement on the promotion/relegation playoffs that were scheduled to start on Tuesday afternoon.

After Royal AM finished at the summit of the GladAfrica Championship, a drama in the second-tier has unfolded as Sekhukhune United were eventually declared as winners of the league.

The Johannesburg High Court ruled in favour of Sekhukhune on Saturday, saying the award should stay and the PSL duly awarded the points and declared Sekhukhune as GladAfrica Championship winners and gained automatic promotion to the DStv Premiership.

But Royal AM appealed the ruling, saying they are the just winners of the division. They interdicted the start of the playoffs on grounds that there are still pending cases.

Now the PSL is also going to court to try and get the games to continue. The issue started when an independent arbitrator overruled a PSL DC’s decision on a case between Polokwane City and Sekhukhune United.

Read the PSL Statement Below:

"The Executive Committee of the Premier Soccer League (PSL) today resolved to urgently seek leave to appeal against the order handed down by the Honourable Mr Acting Judge Nyathi of the Gauteng High Court on the evening of Monday 14 June 2021.

"Acting Judge Nyathi interdicted the end of season promotion/relegation play-offs that were due to commence at 15h00 on 15 June 2021.

"The PSL has been compelled to seek urgent relief as the last day of the official season is the 30th of June 2021. Many player contracts terminate on that date and any further delay in completing the play-offs places the start of the 2021/22 season at risk."

This comes after the new name was approved by the Premier Soccer League.

There had been various names thrown in, including that of their ABC Motsepe League feeder side Ollesdas FC, but the club hierarchy have decided to name the club, Gallants.

More in this category: « Coetzee ready to lead Vodacom Bulls to Rainbow Cup glory. Ronaldo makes history as Portugal see off Hungary to get Euro defence off to winning start. »
back to top