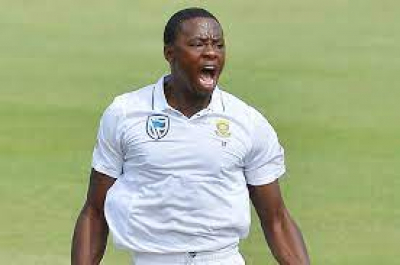 New Zealand bowler Lockie Ferguson has replaced Kagiso Rabada in The Hundred after the South African withdrew because of Covid-19 related issues.

Fast bowler Rabada, 26, was due to play for Manchester Originals in the tournament, which begins on 21 July.

He is currently involved in South Africa's tour of the West Indies and is in their squad for a tour of Ireland which follows, running until 25 July.

Ferguson, 30, is currently playing for Yorkshire in the T20 Blast.

He has played one Test, 13 Twenty20 internationals and 37 one-day internationals, including in the 2019 World Cup final against England when he took 3-50.

The tournament has had some encouraging news, though. While the new government timetable for the lifting of Covid-related restrictions is a blow to the county game - it means that the T20 Blast programme will not offer its usual financial windfall - it might work to the advantage of the Hundred.

The tournament starts on July 21, just two days after the anticipated release of restrictions on July 19.