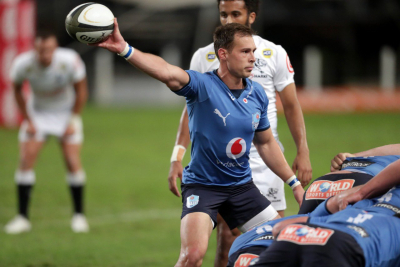 Treviso, Italy (16 June 2021) – With the announcement of the new United Rugby Championship this week and South Africa's integration into European rugby, the Vodacom Bulls are keenly aware of the message they can send with a victory over the Italian team Benetton in this Saturday's Pro14 Rainbow Cup final.

But Vodacom Bulls captain Marcell Coetzee insisted on Wednesday that this will not overshadow his team's main focus.

"The main thing stays the main thing," Coetzee said from Treviso. "You've got an opportunity to hoist another trophy this weekend so the mindset is on focusing all our energies towards that. If it can create inspiration for other teams as well then fair enough. But at the moment the mindset is just focusing on the weekend and getting the job done."

But the significance of a South African triumph this weekend is certainly not lost on Coetzee.

"Sure, if we can finish on top it will be fantastic for us as a team and for the people back in South Africa. Just to show that although it's been a long time since we've played overseas, we still have the talent and experience and the willingness to go all the way. This is not a holiday trip for us. It's business and we're looking forward to the challenge that presents itself. If we can get all our preparation right and it goes well, we can hopefully come back to South Africa with some silverware."

Coetzee said they are expecting a fast-paced game against Benetton on Saturday, and with the current Italian heat also sure to be a factor.

"We've studied Benetton. They've been playing great rugby and they've got some personnel that's really doing the job well for them. They play with a high tempo game. They play the distribution game and we will have to adapt very quickly. It's hot here and the biggest thing is to adapt to that and get our structures right. They have a very good set-piece platform which they thrive on. They've been a side that's change a lot since I played against them a few seasons ago.

"But our team is high on energy and excited for the opportunity coming this weekend. We have a bunch of guys that are really hungry for success at the moment."

More in this category: « Sierra Leone qualify for Africa Cup of Nations for the first time in history. Andy Murray and Venus Williams handed wildcard entries for Wimbledon. »
back to top