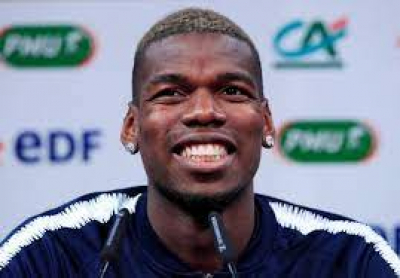 France midfielder Paul Pogba removed a Heineken beer bottle that had been placed in front of him at a Euro 2020 news conference on Tuesday, a day after Portugal captain Cristiano Ronaldo moved aside Coca-Cola bottles in a similar set-up.

The 28-year-old Frenchman, who is a practising Muslim, made no comment on the matter - just discreetly moved the non-alcoholic beer and placed it below the table during a post-match press conference.

It came after he played a starring role in France's 1-0 Group F victory over Germany at Euro 2020 and was awarded the Heineken 'star of the match'.

It is understood Uefa does not see the players' actions as an issue, despite the incidents involving two of their high-profile sponsors.

Ronaldo's exploits reportedly coincided with the market value of the American drinks giant dropping by $4bn (about £2.8bn) on Monday.

"Everyone is entitled to their drink preferences," said Coca-Cola in a short statement, adding that each individual has different "tastes and needs"

Others, including former South Africa Test batsman Hashim Amla, have previously refused to wear alcoholic branding on their kits.

Pogba used his press conference to play down Antonio Rudiger's apparent attempted bite on his back during the world champions' win at the Allianz Arena.

Immediately after the incident, Pogba cried out and complained to Spanish referee Carlos del Cerro Grande, who did not punish the German, and the Manchester United star played it down after the game.

"I think he nibbled at me a little bit, but we've known each other for a long time. Toni and I are friends. It was nothing big. We hugged after the game and it's over," Pogba said.

Pogba said it was "better" that Ruediger escaped punishment.

More in this category: « PSL instructs clubs to get playoffs underway despite the court ruling. Confirmed: Golden Arrows part ways with coach Mandla Ncikazi. »
back to top