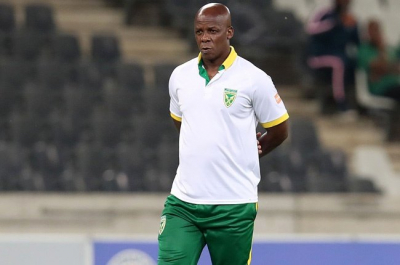 Golden Arrows have announced that they have parted ways with coach Mandla Ncikazi, the club announced in a statement on their official website on Wednesday.

Read the club statement below:

Lamontville Golden Arrows F. C. announces that the club along with Coach Mandla Ncikazi have reached an agreement to amicably part ways.

We would like to thank him for his exceptional service, in different spells, over a 15 year period. Not only in the first team but also in the youth structures and the past, present and future stars produced during his time

He leaves through an open door and like any member of the family, he is welcome back at any time. We wish him well in his future endeavours.

Arrows lost only five of their 30 Premiership games in a phenomenal season, punching well above their weight in terms of resources.

Ncikazi served as the head coach at Arrows' KwaZulu-Natal rivals, Maritzburg United during the 2015/16 season.

He returned to Arrows for his second spell with the Durban-based side as the assistant coach under Steve Komphela in December 2015, later promoted to be head coach following Kompela's departure.

Prior to that, the duo had also worked together at Maritzburg and Free State Stars.

More in this category: « Pogba removes Heineken beer bottle after Cristiano Ronaldo's Coca-Cola snub. Goals from Ramsey and Roberts put Wales on verge of Euro 2020 last 16. »
back to top