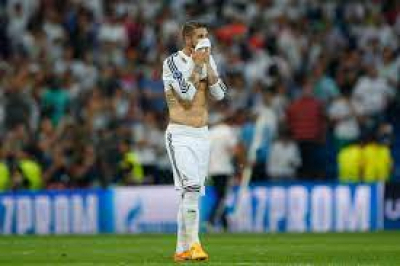 Sergio Ramos will leave Real Madrid this summer after spending 16 successful seasons at the Santiago Bernabeu.

A short statement on Real Madrid's official website read: "Real Madrid CF announces that tomorrow, Thursday, June 17, at 12:30 pm, there will be an institutional act of tribute and farewell to our captain Sergio Ramos, with the presence of our president Florentino Perez.

"Next, Sergio Ramos will appear before the media at a telematic press conference."

Ramos has made 671 appearances over 16 seasons at the Bernabeu but his relationship with Real Madrid president Florentino Perez is at an all-time low.

Ramos' contract is coming up for renewal but Perez has repeatedly suggested Madrid would find it difficult to tie the centre-back down to a new deal.

Real Madrid are not in a strong financial position but are very keen to strengthen this summer nonetheless, with Kylian Mbappe at the top of their wishlist.

Ramos earns a reported £312,000-per-week, making him the top earner at the club.

More in this category: « Goals from Ramsey and Roberts put Wales on verge of Euro 2020 last 16. Locatelli brace leads Italy past Switzerland to secure Euro last-16 spot. »
back to top