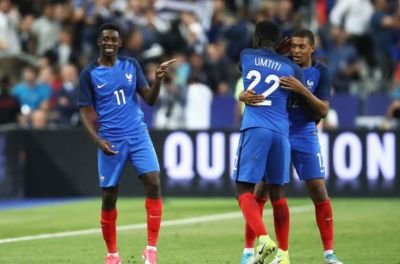 France forward Ousmane Dembele will miss the rest of Euro 2020 after suffering a knee injury.

Dembele came on as a second-half substitute during his team's 1-1 draw with Hungary on Saturday but had to be replaced after 30 minutes.

"Ousmane Dembele had an X-ray at the Budapest hospital on Sunday night," the French Football Federation said in a statement on Monday.

"The recovery time is incompatible with him staying in the squad."

Didier Deschamps' side lead Group F on four points after two games, one ahead of second-placed Germany and third-placed Portugal.