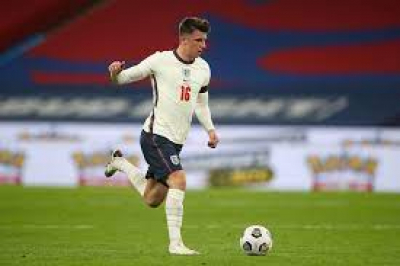 England's Ben Chilwell and Mason Mount have to self-isolate as a precaution after coming into close contact with Scotland's Billy Gilmour.

Chilwell and Mount were seen interacting with Gilmour after Friday's goalless draw with Scotland at Wembley.

Gilmour has since tested positive for Covid-19 and will miss Scotland's final group game against Croatia on Tuesday.

Gareth Southgate's side face the Czech Republic in their final Euro 2020 group game at Wembley on Tuesday.

A statement from the Football Association read: "As a precaution at this time and in consultation with Public Health England, Ben Chilwell and Mason Mount are isolating after interaction with Scotland player Billy Gilmour at Friday's match.

"The pair will be kept away from the rest of the England players and wider support team, pending further discussions with PHE. The entire squad had lateral flow tests on Monday afternoon and all were again negative, as was the case with Sunday's UEFA pre-match PCR tests.

"We will continue to follow all Covid-19 protocols and the UEFA testing regime, while remaining in close contact with PHE."

Mount had been due to appear at the pre-match press conference alongside England boss Southgate.

The three Chelsea players were pictured chatting on the pitch after the Wembley clash. it was revealed this morning that Gilmour has tested positive for Covid-19 and will self-isolate for 10 days.

Earlier, the Football Association confirmed that England's players and backroom team have all returned negative Covid-19 results since Friday's game.

The Three Lions sit one place behind the Czech Republic heading into Tuesday's Wembley encounter with the Group D leaders, having followed up a 1-0 win against Croatia with a goalless draw against Scotland.

More in this category: « Maritzburg United confirms the departure of four players. Watch: Maharaj magic as Keshav spins his way to hat-trick. »
back to top