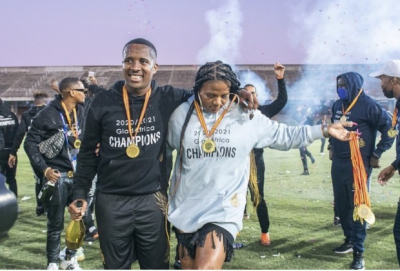 The clubs were given the green light to play just two hours before kick-off by the Premier Soccer League and Chippa coach, Lehlohonolo Seema has admitted that it was a tricky match.

"It was a game that you were not sure what to expect before it started because of the things that were happening. We were not sure when we would play… we were playing by the ear, listening to when we might get to play," said Seema after the game.

But I must complement the players from both sides because it was not easy to prepare for this game. We tried. We had a slow start but that was understandable. Experience saw us through, they are a determined side, and you can see that they will be different in the second leg,"added Seema.

The games were supposed to kick off a week earlier but were interdicted by Royal AM following their pending appeal against a high court ruling that declared Sekhukhune United as the winners of the GladAfrica Championship.

They lost the appeal on Friday, and the PSL were advised that the interdict had fallen away and the games can resume.

However Royal AM boss Shauwn Mkhize says they will not be showing up for their play-off encounter against Chippa United on Tuesday.

Royal AM were scheduled to host Chippa at the Chatsworth Stadium on Tueday afternoon, but Mkhize confirms they will not be honouring that fixture.

"I know a lot of you are wondering about what gonna happen with the recent developments - here is where we stand," Mkhize said on Instagram.

"Myself and the entire @Royalam_fc team are law abiding citizens and we choose to be patient and wait for the proceedings of the court to unfold.

"That being said, we will NOT be participating in tomorrow’s playoffs as that would be going against Judge Nyathi’s ruling!

More in this category: « Keshav Maharaj hat-trick secures South Africa's 2-0 sweep. Hradecky own goal and Lukaku strike give Belgium a deserved victory. »
back to top