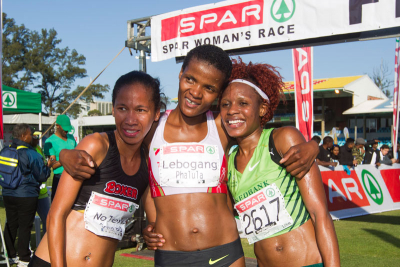 The Durban leg of the 2021 SPAR Grand Prix Women’s 10km Series that was to have been run on Sunday, June 27, has been postponed until later in the year.

The decision to postpone the first race was taken after extensive discussions with key role players including Athletics South Africa, the events medical team and representatives of the City of Durban, because of the rapid rise in the number of Covid-19 cases, particularly in Gauteng.

"We know the athletes are desperate to get back into competitive running and to earn money," he said, "but in view of the severity of the Third Wave of the Corona virus epidemic in South Africa, we believe it is in the interests of all parties that the race should not be run at this time.

"The majority of the elite runners are resident in Gauteng, where conditions are dire. "We also have international athletes flying in to take part in the race and we are concerned for the safety of all runners and officials."

Prentice stressed that the race had not been cancelled but only postponed until conditions improved.

"We fully intend to host all six SPAR Grand Prix races this year, but only when conditions are safe," said Prentice.

Athletics South Africa said that it was a sad decision to reach considering the amount of the spade work that has been put into preparing for the race.

"It is unfortunate that everything we do and plan these days, is subject to the status of the Corona pandemic at the given time. Lives come first and that is the bottom line here. We took note of the pronouncement made by the Gauteng government that in the next two weeks the rate of infections will reach its peak there. We therefore felt with the bulk of participating athletes coming from there, we needed to protect the Durban leg of the SPAR Grand Prix and everyone since the third wave has been more brutal in all provinces that are affected. Let's stay alive, to run another day," said James Moloi, the President of Athletics South Africa.

The Durban SPAR Grand Prix was to have been the first of six invitational races to be run in Durban, Tshwane, Pietermaritzburg, Cape Town, Joburg and Gqeberha. Each race will be limited to a maximum of 250 invited runners.  Substantial prize money is on offer in each race and the ultimate overall winner will pocket a cheque for R190 000.