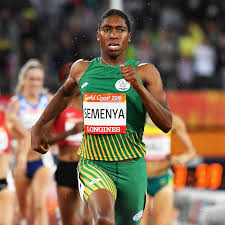 Caster Semenya will not defend her 800m world title in Doha this September after a Swiss court abandoned its suspension of the controversial ruling forcing her to take testosterone-reducing medication to compete.

Lawyers representing the Olympic 800m champion said in a statement that "a single judge of the Swiss Federal Supreme Court reversed prior rulings with immediate effect pending the outcome of Semenya’s appeal."

The World Championships are scheduled between 28 September - 6 October in Qatari capital.

Semenya said: “I am very disappointed to be kept from defending my hard-earned title, but this will not deter me from continuing my fight for the human rights of all of the female athletes concerned.”

The IAAF has been criticised for the rules, with allegations that the science is flawed, regulations ethically dubious and potential medical side-effects unknown.

More in this category: « Banyana Banyana to start their defence of their COSAFA Cup Title Orlando Pirates Goalkeeper Brilliant Khuzwayo forced into early retirement. »
back to top