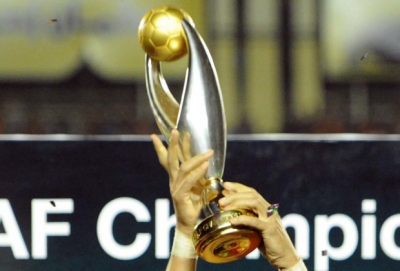 The next season’s African club competition will begin in September with the group phase kicking off in February and the finals being played in May, the Confederation of African Football said.

The schedule for both the Champions League and Confederation Cup will be moved back to its normal timing after this season’s programme had been drastically altered by the Covid-19 pandemic and only got underway late in the year with the finals only being decided next month.

The preliminaries for the 2021-22 competitions start on the weekend of 10-12 September. There are always two rounds of knockout games for the Champions League and three for the Confederation Cup, and will be completed by early December.

The group stage for both competitions starts in February and will be played swiftly over the following eight weeks.

CAF have confirmed the countries allowed two representatives in each competition. They are Algeria, Angola, the Democratic Republic of Congo, Egypt, Guinea, Morocco, Nigeria, South Africa, Sudan, Tanzania, Tunisia and Zambia. For Tanzania, it is their first time to be allowed two clubs per competition.

The registration of players on the CAF CMS has been extended to 15 August 2021 .

More in this category: « Bulls secure hard fought 32-27 win over an ever-charging Pumas. Giannis Antetokounmpo leads the Milwaukee Bucks to series-levelling victory. »
back to top